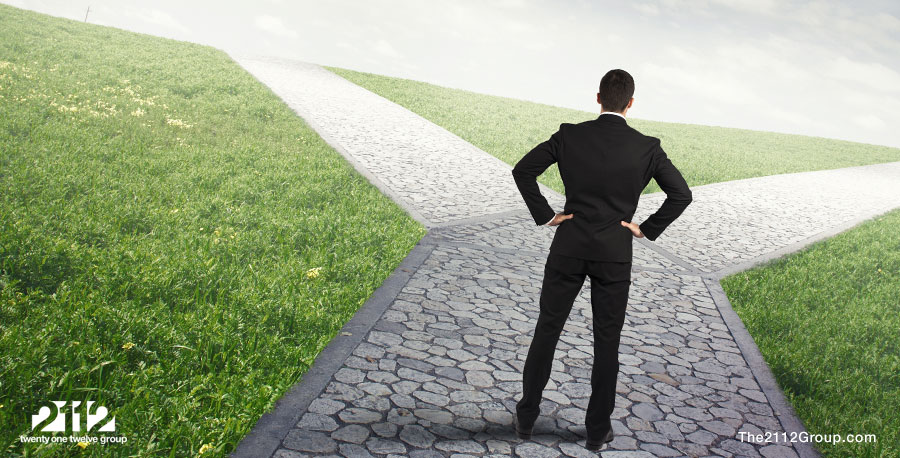 Amazon CTO Werner Vogels admits the cloud provider builds its own servers and reveals how open architectures are more advantageous than buying hardware from traditional vendors. This trend will force hardware vendors and their partners to make choices about their future.

In the digital age, buzz is often fleeting. The story on everyone’s lips last week was the comments made by Amazon CTO Werner Vogels, who detailed in Business Insider how his cloud company – Amazon Web Services (AWS) – is benefiting from building its own servers.

The article sent shockwaves through the IT community. The 2112 Group fielded numerous inquiries from vendors and distributors about the significance of the Business Insider piece and the meaning behind it. The underlying concern: If cloud providers such as Amazon, Google, and Microsoft are building their hardware, and more workloads are moving to service providers, what future is there for the server market?

Another way of asking that question: What’s the future of server vendors such as Cisco, Dell, Hewlett-Packard Enterprise (HPE), and Lenovo? And what happens to their channel partners?

Let’s face it: The client-server architecture that built the channel is under assault. The IT community embraced “the cloud” as a means of expanding market share and making revenue more predictable. Vendors and resellers sold end users on the flexibility, scalability, and cost savings of cloud computing. And they’re buying it. Cloud computing continues to expand each year, and the market is expected to top $250 billion by the end of the decade.

The problem for vendors and solution providers is that cloud growth isn’t lifting their boats.

According to 2112’s 2016 Channel Forecast, cloud computing makes up a little more than 15 percent of the average solution provider’s revenue. By comparison, hardware makes up 25 percent and software 18 percent of gross partner revenue, respectively.

For traditional hardware vendors, cloud computing is a significant source of business, but it’s hardly become a replacement for legacy products. For some vendors with cloud practices, such as Microsoft and IBM, cloud computing is generating billions of dollars. But even for those companies, cloud revenue pales in comparison to their legacy revenue streams in traditional hardware sales and software licensing. Only born-in-the-cloud vendors such as Salesforce.com, NetSuite, and Facebook are thriving.

Vendors have long sought the magic formula for accelerating cloud revenue through the channel. Most have pursued an “Intel Inside” approach, partnering with cloud providers to standardize provider architectures on their hardware and then market those cloud solutions to end customers. The thinking goes that customers will gravitate to particular clouds knowing Cisco, EMC, Juniper and others are the guts of the plumbing.

To facilitate this strategy, many traditional hardware vendors have thrown marketing and development money at their cloud providers and redirected their channels to resell or recommend particular cloud providers. If the cloud is the aggregation buying point, vendors believed they would reap greater returns as the cost of sales decreased as the buying points contracted to a handful of clouds. Consequently, the cloud companies were all too happy to take the assistance.

The “Intel Inside” strategy works only if consumers care about the material from which the cloud is made. The bad news is that they don’t. The only thing that matters to the end customer is that the cloud is functional, scalable, reliable, and cost-effective. If a cloud can meet those requirements, it doesn’t matter whose boxes run on the inside.

Cloud providers have long known that the “Intel Inside” strategy is irrelevant, which is why Vogels’ admission is hardly new. Cloud companies such as Amazon and Google have built their servers and data centers for years. Just how they’re doing that is often cloaked in obscurity. In 2011, Facebook launched the Open Compute Project (OCP), which is leading the charge for open architectures for building network and data center equipment. Vogels is essentially correct that it’s far more advantageous for large-scale cloud providers to build their equipment and data centers than remaining beholden to vendors that have wholly separate product agendas and development cycles.

The problem facing hardware vendors is that this advantage doesn’t apply just to cloud providers. Essentially, any organization with the capacity for leveraging an architecture such as OCP can build its own equipment. The component vendors and outsourced manufacturing facilities are ready to facilitate white-box building. This is probably why large organizations such as Goldman Sachs, Fidelity Investments, and Bank of America are also OCP members.

[ctt tweet=”The only thing that matters to the end customer is that the cloud is functional, scalable, reliable, & cost-effective.” coverup=”p6yWf”]

If Vogels’ remarks in Business Insider signals a disruption, it’s a disruption of hardware vendors’ making. Component vendors such as Intel and AMD have long supported the white-box market to gain leverage over hardware vendors. And vendors’ use of outsourced manufacturing has propped up the infrastructure for custom system building at scale.

Moreover, a recognition of commoditization forces is also necessary. All things lose value, including the basic building blocks of the client-server architecture. Why shouldn’t servers commoditize to the point where it’s more advantageous to build them than to buy them?

The real question is whether this poses a true threat to the big server vendors. In the short-term, probably not. Big cloud providers that are building data centers the way shopping malls were built in the 1970s won’t be the source of big server sales, but scores more servers are being sold to businesses up and down the market stack. Server sales through the channel to midmarket companies and SMBs continue to climb, even as price and profitability decline. In the long-term, server shipments and sales will redistribute as more workloads are shifted to the cloud. However, businesses on all levels will need servers, and not everyone will have the advantage of building their own equipment.

For cloud providers, the question is whether to remain aligned with hardware vendors and their channels. The answer is absolutely affirmative. Regardless of who builds the equipment, end users will need support that’s available only through third parties. Server vendors may lose some of their stature, but the market still will need the skills of their channels. In this scenario, hardware vendors’ channel partners will evolve to the cloud ecosystem.

Is Vogels’ admissions a turning point in the cloud and server market? No, that turning point already happened, even if it wasn’t recognized. Like most things in life, trends move slowly until they don’t, and then they move at lightning speed. If anything, Vogels’ comments are an opportunity for hardware vendors and solution providers to chart their course for the future. Vendors, distributors, and channel partners have a choice: Evolve to a new higher state or risk the consequences of inaction. Regardless of the direction taken, there’s no choice that’ll turn back the clock; the client-server age is already over.