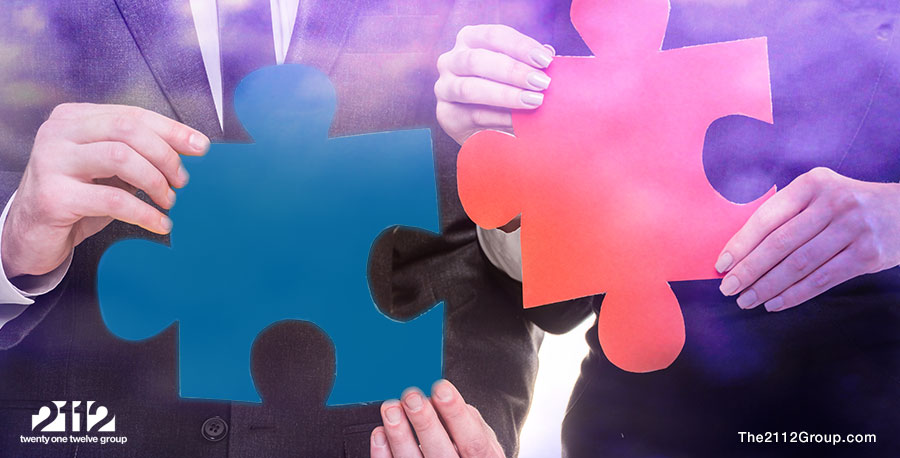 Incorporating M&A programs in channel operations will help vendors in a number of ways – chiefly by reducing channel overdistribution.

The time has come for vendors to formally get into the partner matchmaking business. Instead of just making introductions or fostering working relationships equivalent to long-term dating, vendors need to facilitate the marriage of complementary partners to improve the overall health of the channel.

Mergers and acquisitions among partners are seemingly a daily occurrence. A stroll through the recent headlines of ChannelE2E finds nearly a headline a day about some solution provider snapping up a complementary company or a struggling rival.

We here at 2112 have long taken issue with loud and recurring pronouncements of channel consolidation through M&A activity. We don’t deny that M&A happens or is happening. We do take issue with the scale and impact of the trend. Statistically, consolidation isn’t happening. As one vendor recently remarked to us, “We see partners exiting all the time, but there’s no shortage of partners to choose from.”

By 2112’s estimation, intra-channel mergers and acquisitions touch about 1 percent of the total channel population on an annual basis. That means we could have 10 years of the current rate of deal-making before seeing a significant dent in the overall channel population.

Partner M&A activity may not reshape the channel in a macro context, but it does have an impact on individual channel programs and vendor go-to-market strategies. Look at when FishNet Security and Accuvant merged to form Optiv, when Presidio acquired BlueWater Communications or Lumenate bought Troubadour, or when Logicalis acquired MCPc’s Advanced Technology Integration Group. All of those deals left individual vendor channel capacity unbalanced.

The contention of 2112’s research has been that the channel is suffering from a low birth rate. The increasing complexity of new technologies and delivery models is creating a higher barrier to entry, resulting in fewer companies starting up in the channel. The problem, as we’ve noted several times, is that fewer start-ups means fewer innovative partners to refresh the channel.

And there’s a new dimension worth exploring: overdistribution in the channel.

We’re hearing from vendors and partners alike that there are too many partners reselling or supporting the same vendors, making it exceedingly hard to compete. How many partners are in the channel? No one really knows, but some estimate the United States has from 85,000 to 125,000 unique reseller organizations. When sole proprietors and consultants are added to the mix, the number balloons above 150,000 legal entities. In many channel programs, partners say the number is one too many.

From a vendor perspective, more partners on the street means a greater chance of finding and winning sales. In practice, multiple partners converging on the same opportunity only creates confusion, resentment, and lower value. The intra-channel conflict drives down prices and profitability, which ultimately hurts partners and vendors.

Unfortunately, vendors are stuck supporting the overdistributed channel, in large part because of huge numbers of underperforming partners and their legacy revenue streams. Vendors basically keep the legacy channel alive to keep long-tail revenue flowing. Cutting off support or making partnership requirements too steep for the underperformers could disrupt huge chunks of revenue and long-standing customer relationships.

Another reason vendors maintain large partner networks and continue to recruit new partners is to facilitate growth. If large swaths of partners are underperforming, recruiting more partners into the program will bring short-term revenue gains. The downside, of course, is higher costs of recruitment, enablement, and support, and the continual expansion of the underperforming pool.

Vendors aren’t absent from the channel M&A scene. Vendors do make introductions between complementary partners to expand capabilities and market reach. Too often, these matchmaking activities are fads or one-offs.

The market realities are simple.

Given these facts, vendors need to incorporate M&A programs within their channel operations. Rather than observing partner-to-partner mergers from the sidelines, vendors should actively facilitate deal-making to help combine complementary partners to improve technology capabilities, service-delivery capacity, and sales performance. Moreover, directing M&As has the added benefit of helping vendors even out partner distribution across various market regions.

Actively engaging in partner M&A shouldn’t be done lightly. Vendors need a good sense of their partner networks, including current capacities and capabilities, as well as their deficiencies. Additionally, vendors need to know the ebbs and flows of their channel coverage in the market, so they know where they need additional firepower now and in the future. And vendors need to engage with partners to help them understand their value and limitations, which can then lead to M&A conversations.

Waiting for natural forces to redistribute the channel and evolve a different class of partner will take a decade or more. Vendors should take an active role in shaping the future of the channel by becoming a player in the partner M&A process.