The ‘Real’ Cloud Conversation to Have With Partners

The ‘Real’ Cloud Conversation to Have With Partners 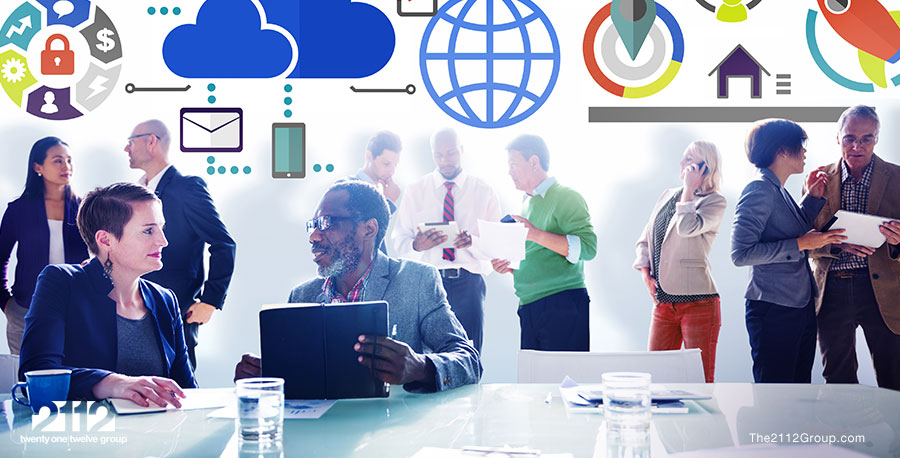 The message vendors need to convey to partners has little to do with reselling cloud products; it’s all about leveraging the cloud to make businesses more efficient, agile, and competitive.

There’s a loud chorus of people singing to vendors about the need to have “the cloud conversation” with partners. Look around the channel media or check out vendor blogs; you’ll find plenty of people advocating the need to impress upon partners the urgency of adopting cloud and services models.

They’re right that a conversation is in order. But they’re off the mark when it comes to the content of that conversation.

Cloud computing today is about optimizing business performance on recurring revenue model and reselling cloud applications and systems. Going forward, though, the cloud is going to disrupt every aspect of the legacy technology stack. And that, in turn, will rend large swaths of the channel obsolete.

Death of the Data Center (Sort Of)

Earlier this week, Oracle hosted its Cloud World summit in New York, where CEO Mark Hurd expounded on the new cloud realities in the offing. By 2025, cloud infrastructure will displace 80 percent of privately held and operated data centers, leaving only the bare minimum of on-premises infrastructures and applications that can’t operate in a third-party cloud.

“This is an irresistible force – not a what-if, let’s try something,” Hurd told the customers and partners in attendance at Cloud World. “This is the way things will go. The sooner we get onboard with that, the better.”

The underlying factor is time. Hurd, a data interrogator who chews on numbers for breakfast, is right when he says that CEOs who try to innovate and cut costs simultaneously often fail. The reason is clear: They can’t move fast enough. Cutting costs is a surefire way of undercutting innovation.

Cloud computing isn’t just a computing platform; it’s a time machine. Through automation, cloud platforms enable businesses to create entire infrastructures and resources on an on-demand basis. Agility, one of the core tenets of cloud computing, means businesses can avoid the expensive infrastructure and operational costs associated with legacy systems.

I saw this firsthand a few years back when I facilitated a cloud computing simulator for CA Technologies. Partners participated in a daylong exercise to migrate a static legacy infrastructure consisting of four data centers to an automated and highly agile cloud. The goal was to optimize CPU consumption and decrease costs through automation.

Watching partners go through the exercise was amazing. Their eyes lit up when they saw how they could use cloud infrastructure and automation to create greater efficiencies and contain costs – the benefits to both them and their customers of going to a cloud model. Where they got hung up was when the conversation moved from infrastructure to applications.

CA had a service manager, which enabled CIOs and IT teams to deploy and recall applications as needed by operational demands. The idea is that applications would be turned on as needed by business units, and turned off to make room for other applications. In practice, businesses would get the benefit of applications without the having to expand infrastructure capacity.

In truth, the service manager console concept was a little ahead of its time. The average partner was nowhere near sophisticated enough to absorb the technology, much less convey the value and supply the implementation to business users. And business users are still monkeying around with multiple cloud suppliers and application instances today.

Nevertheless, applications and workloads running in clouds supplied and managed by third parties are the future. As that happens – over the next decade, according to Hurd’s time line – the number of stand-alone hardware and software opportunities will decline to the point where they’re a marginal part of the market.

[ctt tweet=”#CloudComputing is & will remain a truly disruptive medium that still knows no bounds.” coverup=”d6Jz3″]

How fast will this happen? Fast. Ross Brown, senior vice president of worldwide partners and alliances at VMware, recently told me of the innovations and progress being made in standardizing and automating repeatable cloud processes. Soon, he said, businesses will simply print virtualized infrastructures in their respective cloud. They’ll have a data center, based on predefined workload templates, at the click of a button.

As all of this unfolds, partners selling legacy hardware and software will find fewer and fewer opportunities. Cloud computing and its attached business opportunities will become their only refuge.

Now anyone reading to this point may say that the industry has been evangelizing the cloud model to partners for years. And it’s true. Just look at the numbers: The average partner earns as much as 40 percent of its gross revenue from cloud or managed services.

Unfortunately, much of the channel is pointed to the wrong cloud and the wrong model.

Too many partners see cloud transition as a destination. They adopt Microsoft Office 365 or some form of cloud backup service and think they’ve firmly embedded themselves in the cloud. Some partners may think that referring business to SaaS vendors such as Salesforce.com and infrastructure providers such as Amazon Web Services makes them cloud specialists.

But it doesn’t. These partners aren’t cloud providers and experts; they need to think beyond rudimentary services to maintain relevancy.

As Brown relayed, next-generation partners are streaming into the channel with application development and cloud management skills tailored to giving businesses seamless, cloud-based workloads. These companies – which I guess could be called “born in the cloud” – have greater value to vendors and customers than resellers slinging boxes off loading docks.

The 2112 Group has tracked this evolution for years (see figures below). We’ve found that partners taking on advanced cloud capabilities and characteristics of business process outsourcers have greater value in the market than those reselling hardware products and software licenses. Even managed service providers (MSPs) will see their relative value depreciate compared to cloud providers.

So what’s the real cloud conversation needed between vendors and partners? It’s simply that cloud computing is and will remain a truly disruptive medium that still knows no bounds. As Oracle’s Hurd said, “In our industry, it will cause chaos.”

The rally cry shouldn’t be to adopt cloud products for resale; it should be to develop cloud skills that will enable and support the workloads that allow businesses to increase their efficiency, competitiveness, and adaptability to market trends. And, while doing all that, partners need to develop the skills and capabilities that will help reduce customers’ IT costs.

It’s a tall order, but it’s the future. Partners that don’t recognize the cloud as the catalyst of an ongoing evolution will run the risk of being steamrolled by the market and ignored by vendors. This is the difficult talk vendors need to have with their partners.