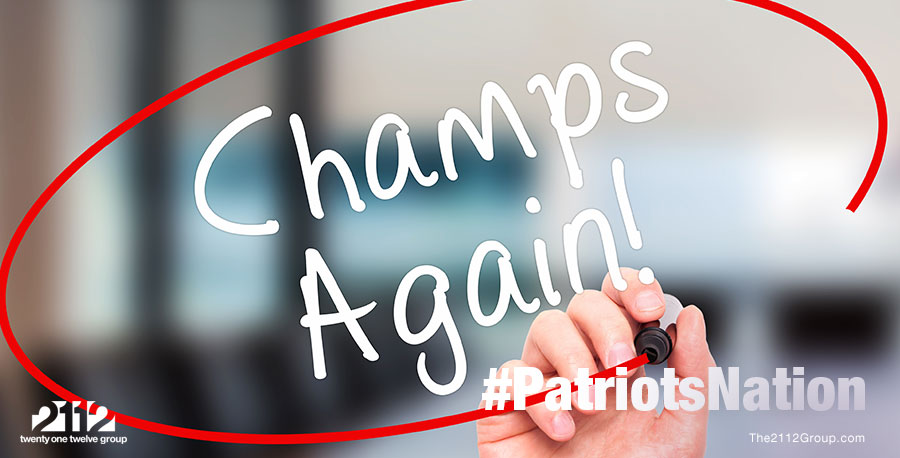 Selling solutions is about more than vending a hodgepodge of products; it’s about pulling those products together in a purposeful way to produce desired business outcomes.

In an interview after winning Super Bowl XXXVI in 2002, New England Patriots quarterback Tom Brady was asked what he would do next after winning the pinnacle game of the football world and his first championship ring. His response was prophetic: “I still have four other fingers.”

Last night, Brady fulfilled that vision of putting a ring on every finger with a come-from-behind victory over the Atlanta Falcons, capturing his fifth Super Bowl ring and the Patriots’ fifth Super Bowl championship.

The game itself was unprecedented. The Patriots never led the game until an overtime touchdown put them over the top. They overcame a 25-point deficit, the biggest comeback in Super Bowl history and the third-biggest comeback in NFL playoff history.

Moreover, the Patriots have done something no other NFL team – or sports franchise, for that matter – has done: win consistently.

Since the pairing of Brady and coach Bill Belichick in 2001, the Patriots have posted 14 out of 16 seasons with winning records, won seven AFC championship games, appeared in seven Super Bowls, and won five – one, two, three, four, five – Super Bowl titles. And they’ve achieved all this with a shifting cast of players with varying degrees of capabilities, a few controversies along the way (which I won’t get into), and a couple of devastating setbacks.

The reason I recount the Patriots’ latest Super Bowl victory and win is because they hold a lesson for everyone in terms of organization, management, leadership, and execution – particularly in managing channels and partners. While many sports teams on winning runs adopt battle cries to keep the momentum going, the Patriots have just one locker room slogan that’s drilled into each player’s consciousness: “Do your job.”

Here are a few examples from “The Patriots Way.”

I could keep going, but the point is clear. These same attributes (and more) are applicable to channel organizations. Vendors that understand the partners on their roster and apply their capabilities in a focused direction will invariably win more often than not.

Too often, vendors look to make all of their partners perform equally, push underqualified partners to take on roles they can’t fulfill, don’t study the playing field or convey competitive intelligence to partners, and assume partners know their assignments. Vendors can and should replicate the techniques of the Patriots management to raise their partners to greater levels of performance or, in sports parlance, to help them win.

To be fair, these attributes are applicable to any sports team, business organization, or channel. It’s just that the Patriots are superior at executing against these organizational qualities (and, as a lifelong Patriots fan, I’m gloating a little). Still, everyone in the channel – vendors, distributors, and partners – could learn a thing or two from the strategic, managerial, and leadership qualities of the New England Patriots.