Meet Me at the 20th Anniversary Channel Focus

Meet Me at the 20th Anniversary Channel Focus 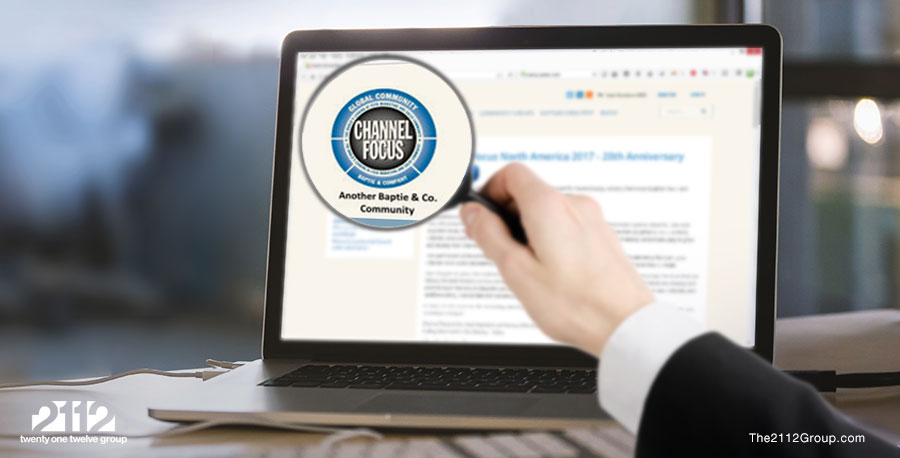 Twenty years is a long time, particularly in the technology market and channel. Consider this: In 1997, Netscape was the leading Internet browser, most Americans got online through AOL’s dial-up service, and the hottest cellphone was the Motorola StarTAC. Things like cloud computing, smartphones, and ubiquitous connectivity were still dreams, if even thoughts.

The year 1997 was also the first Channel Focus, the premier industry event hosted by The 2112 Group’s partner Baptie & Company. Rod Baptie started Channel Focus with the idea of providing a forum where channel chiefs and other channel professionals could network and collaborate on strategy, experiences, and best practices.

In the two decades since, Channel Focus has had rivals come and go. Opportunistic events spring up and fall off, never quite reaching the quality and prestige of Channel Focus. They simply fail to capture the original idea while simultaneously adapting to the world around them in the same way Baptie has – with open dialogue and finely tuned discussions.

For the 20th anniversary Channel Focus in May, Baptie pulled out all the stops to craft an agenda and all-star speaker roster that not only reflects the contemporary channel but also looks forward to the future. The highlights:

Meanwhile, I’ll present new insights on “The Amazon Effect,” discussing strategies for vendors and distributors on dealing with Amazon’s disruptions to multiple segments of product reselling, cloud services, and distribution. As Amazon continues to stretch its tentacles into new technology segments and sales models, the vendor community and channel partners need to prepare to deal with the positive and negative consequences.

More than 200 of the channel’s top executives and thought leaders are expected to attend the Channel Focus platinum anniversary event. I encourage you to join me and this top-flight roster in San Diego for what will prove, once again, the leading channel professionals’ event. Visit the Channel Focus website for more details and registration information.