We All Need to Delight Customers

We All Need to Delight Customers 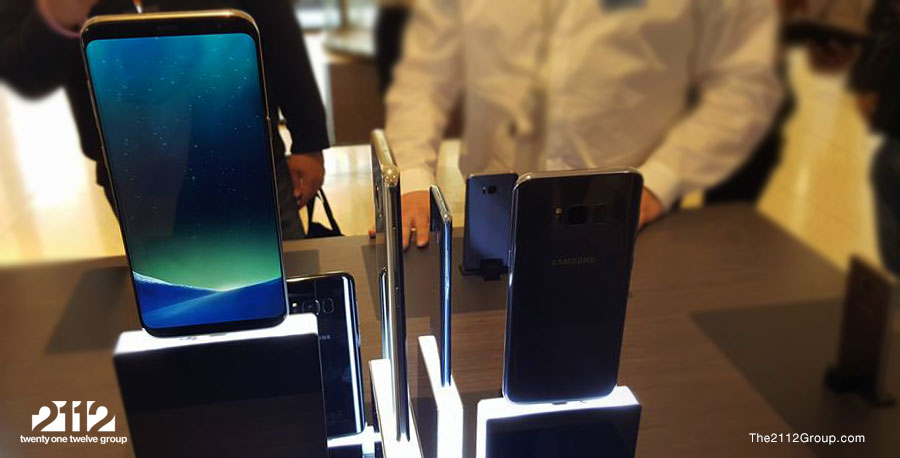 ‘Delighting’ is the key to transforming customers into advocates and resellers into partners.

Before a packed room at Samsung’s offices in Manhattan’s trendy Meatpacking District, Kevin Gilroy told the gathered press and analysts that he wants users to be “delighted” with the new Galaxy S8 smartphone.

He didn’t just say it once. He said it three times, punctuating his ambitions for the new smartphone design to restore Samsung’s reputation as an innovator and market leader. The device is engineered as more a manager of personal and professional lives. The form factor, software, and connected services all work near-seamlessly to give users a simplified and enriching experience.

At first blush, the design of the Samsung Galaxy S8 is just as Gilroy described – “delightful.”

This isn’t the first time Gilroy, the Samsung Business executive vice president who runs the Americas operations, used the word “delighted” as a statement of his ambition. The first time he used it with me was when he ran SAP’s channel operations. I remember clearly being confused by his use of the word, as “delighted” isn’t something typically associated with German-produced enterprise software.

Gilroy is right, though: Companies need to aim for delightful experiences.

Too often, vendors and partners speak of their performance in financial terms. Units shipped. Gross sales. Average margins. Return on investment. P/E ratios. And, too often, companies focus on their engineering prowess, touting their great designs and breakthrough applications. These are the same companies that struggle to gain market footing and achieve lasting success.

When Alan Mulally assumed the post of CEO at Ford Motor Company, he accompanied a group of engineers to the Consumer Reports testing facility. The reviewers knocked Ford’s SUV hatchback design as too difficult to operate. The engineers in Mulally’s presence argued about how users could engage with the door in different ways, and how the reviewer didn’t understand the design. Mulally wouldn’t hear any of it. He sided with Consumer Reports. If the user couldn’t engage the vehicle the way he or she wanted, the vehicle wouldn’t sell.

Over the years, I’ve heard similar stories from technology companies. The most prominent example is Microsoft’s Windows Vista. Microsoft product managers would tell me how partners and users didn’t understand the utility of different Vista applications. Users, they said, just needed to take the time to learn how to engage with the operating system to get a better experience. It took Vista’s failure and the success of Apple’s iPhone and iPad to get Microsoft to understand it was the vendor’s job to make products simple for users to understand and engage.

[ctt tweet=”Truly successful companies talk about their customers’ needs & how they solve them.” coverup=”5tY_3″]

Management guru Peter Drucker said the goal of every business is to create and retain a customer. Truly successful companies talk about their customers’ needs and how they solve them. Amazon’s Jeff Bezos made this more than a strategy – nearly a religion. Amazon managers must define how a product would benefit the customer before a proposal is considered. If a new product – a button on the Amazon.com Web page for a new cloud service, for example – doesn’t offer a clear benefit to the intended user, it’s rejected.

And it’s not just customers that need delighting. Vendors need to delight their partners too. Removing the friction from channel relationships and processes results in higher-performing and more loyal partners. Making partnership requirements too difficult, ordering processes too cumbersome, and support problematic causes partners to seek supplier relationships with less resistance.

Gilroy convinced me of the benefits of delighting customers with products and services when he first uttered the word several years ago. Making delighting a goal in enterprise technology sales and engagement may sound a little silly, but it’s what turns resellers into partners and customers into advocates.