Amazon is Taking Over the World; Get Used to It

Amazon is Taking Over the World; Get Used to It 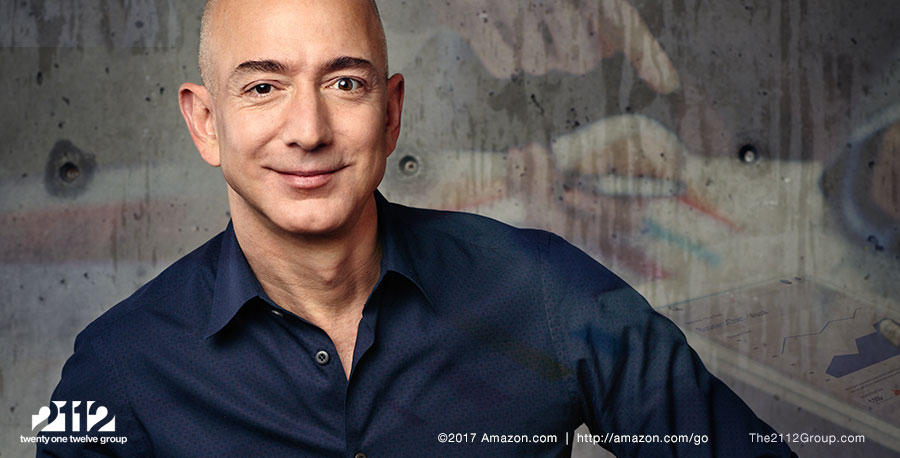 The takeover of Whole Foods by Amazon rattled the retail grocery world, with many predicting legacy supermarkets already lost to the digital behemoth. The tech market is watching warily as Amazon encroaches on its turf. It’s time to stop fearing Amazon and embrace it.

Within hours of the announcement that Amazon was buying Whole Foods for $13 billion, the shock expressed on social media turned from “What the hell just happened?” to memes of Jeff Bezos asking his voice-interface system Alexa to buy him something at Whole Foods and ending up with the whole company by mistake.

Trust me; the Amazon acquisition of Whole Foods is no mistake. In fact, it’s part of a well-practiced, carefully honed strategy the digital behemoth uses to penetrate and conquer new markets. First, it identifies stale markets; second, it partners with companies in those markets to learn and disrupt; and finally, it either takes over the partners or pushes them out to gain dominance.

Amazon is a company built on simplicity. Every decision it makes starts with “How does this benefit the customer?” and ends with “How do we make [whatever] as simple as possible?” It’s not a great mystery. And Amazon isn’t practicing magic. It’s just doing something that few legacy companies ever do: sacrificing short-term interest for long-term gain.

One of the questions that IT vendors and distributors have been asking The 2112 Group the most so far this year is “What are we going to do about Amazon?” Because of this question, 2112 recently produced a Webinar on the topic (click here for a replay). Vendors worry about Amazon for good reason.

Rod Baptie, head of Baptie & Co. and producer of the Channel Focus events, once said, “You can buy anything from Amazon, but it will sell you nothing.” That’s not necessarily true, as Amazon’s customer relationship and marketplace analytics are so powerful that it can throttle what customers see. Many vendors fear Amazon will become so powerful that they’ll lose control over the go-to-market process and, ultimately, the customer.

The reality is that marketplaces are the channel’s future. If one of the core tenets of the channel is creating points of purchase through which customers can buy a product, Amazon is among the best channel players. It provides vendors with ubiquitous coverage, efficient distribution, and ease of doing business with the customer. And if marketplaces can provide that level of market presence and effectiveness, they spell trouble for the rank-and-file legacy reseller partners operating on the regional and local levels.

Here at 2112, we believe it’s time to stop fearing Amazon and start embracing Jeff Bezos’ creation – to apply its management and strategy principles to the development of next-generation go-to-market and route-to-market strategies.

Let’s start with Bezos’ first law: “It’s always Day One.” Bezos writes of this principle often, saying anything is possible on Day One. Amazon eats Day Two companies – static organizations that double-down on legacy strategies and refuse to venture into new territory. And Day Three companies? They’re the walking dead.

Staying at Day One isn’t easy. It requires a different way of thinking, an approach to business that’s often unfamiliar and scary to established technology companies. In addition to putting customers first, Amazon strives to remove layers of complexity, expedite decision-making processes, accept risks and mistakes, decrease dependencies on third parties for mission-critical tasks, and measure progress and results. Not everything works for Amazon, but it keeps pushing the envelope of possibility to stay ahead of the competition.

When Bezos founded Amazon 20 years ago, it was an online book retailer that barely got any attention among the nascent class of start-ups probing the power of the early Internet. In the two decades hence, Amazon evolved into what may become the operating platform of the digital economy. Fighting this change is like trying to turn back the calendar; it’s just not going to happen. Instead, technology vendors, distributors, and resellers have to start learning how to operate and thrive in the Amazon world, lest they find themselves on the receiving end of Bezos’ disruption.