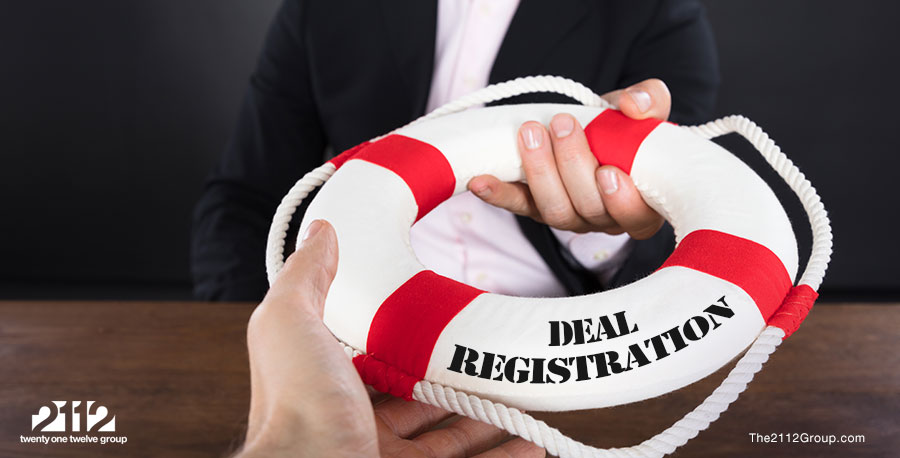 As the flawed system fades away, vendors will need to come up with alternate ways to identify, enable, and reward partners and sales influencers.

Marketplaces will render deal registration meaningless. Over the next three to five years, marketplaces will disrupt the legacy two-tier channel. As I’ve noted previously – in a blog titled “Influence Is the Future Partnership” and a podcast called “Building the Anti-VAR” – partners are looking beyond product sales and focusing on professional services as their means of maintaining relevancy and viability. Soon, partners that no longer sell product will simply point customers to marketplaces to acquire products and services; they’ll recapture the customer post-purchase for the installation, integration, optimization, and support work.

Under the marketplace model, deal registration is essentially meaningless as the partner isn’t interested in direct compensation or in padding their margins with incentives. Their reward comes from satisfying customers and ensuring they get the right technology that meets their needs. Not only will the vendor no longer pay partners margin on product sales; they’ll also maintain stronger price integrity as special pricing goes out the window. Marketplaces equal limited negotiation opportunity.

Now, is it a bad thing that deal registration is going away? Not really.

I’ve never liked deal registration. I get the concept and why it was once necessary. Partners would spend time, money, and resources uncovering and developing sales opportunities only to see them undercut by a rival or, worse, a vendor salesperson. Deal registration was a means for protecting those opportunities from encroachment, giving partners the time needed to develop and close a sale.

[ctt tweet=”Over the next 3-5 years, marketplaces will disrupt the legacy 2-tier #ITchannel.” coverup=”KhUAe”]

I don’t have a problem with deal registration in theory; my problem is with its practice. It’s one thing to protect partners from encroachment on their hard-won deals, but then there’s the compensation bump they get when they register. (Vendors pay partners more if they register a deal.) It always seemed like partners were reaping a lot of benefit for something they should be doing routinely anyway. And still, partners are reluctant to register deals out of fear of being usurped, as many report happens frequently.

Deal registration made sense when partners were slinging boxes off loading docks. When hardware carried high margins, deal registration was the means for moderating competition. Even today, you can make an argument for deal registration; there are so few greenfields to plow that partners need some protection when they do uncover a new opportunity.

As some point in time, deal registration morphed into something more than protecting partner interests. It became about pipeline management. Vendors started using deal registration as a means of gauging how much business was coming in from partners and the expected sales close dates. Even with this transparency, deal registration proves faulty because of the aforementioned partner reluctance to register a deal and vendors’ manipulation of registrations to pad their direct sales or reward partners unnecessarily.

As one billion-dollar reseller said to me, “Deal registration is the necessary evil. We do it out of necessity to get the additional compensation, but we know that there’s a good chance of it being taken away from us.”

In short, deal registration – in its various incarnations – is and always was flawed.

As marketplaces rise, vendors will need to devise new ways to identify sales influencers and measure customer retention, assign new forms of enablement and incentives, and adapt marketing and communications to raise partner and customer awareness of their value propositions. In this context, deal registration will no longer fit.

The 2112 Group is tracking the rise of influencers and marketplaces. For more information on 2112’s insights into these trends, send us e-mail at [email protected].

CHECK OUT THESE OTHER HELPFUL ARTICLES