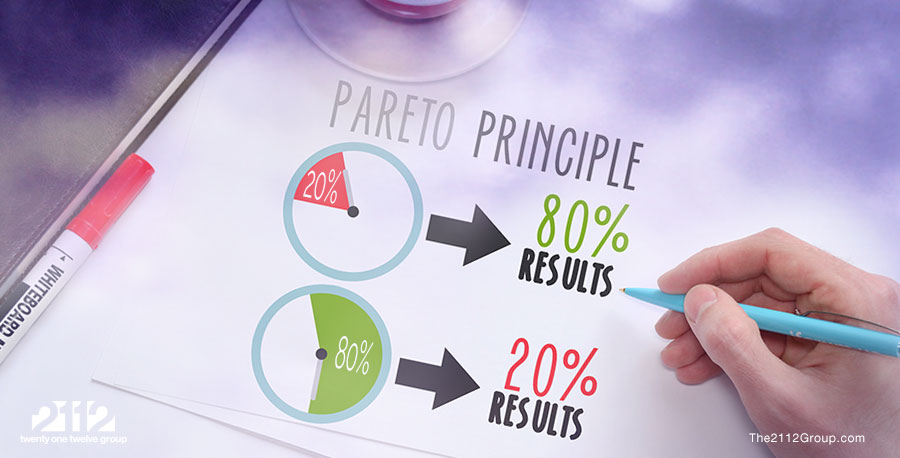 Not being candid – telling partners they’re worth more than they are – is a disservice to everyone in the value chain.

As I prepared to depart for a recent conference, I got a text from one of the organizers who had just reviewed my slides.

“You ranked our attendees as having the lowest value,” she wrote.

“You’re going to piss a lot of people off when you show that slide.”

“Isn’t that the point of my presentation? I’m talking about partner relative value in the changing market,” I said.

In another recent exchange, a client asked 2112 what it would take to decommission its underperforming partners. The vendor has several thousand resellers, but only a fraction are producing any revenue or value to customers. The rest are opportunistic at best, passive at worst.

I told the client that 2112 could identify the underperforming partners as well as the partners with the potential to produce more sales. Through this process, I said, we would ensure that the vendor would retain the right partners while shedding the low-value or valueless partners.

The client’s response: “Won’t that piss off a lot of partners?”

As an industry, we have a tendency to gloss over the truth about our partners. We all subscribe to the Pareto principle, better known as the 80/20 rule, which, in the case of the channel, states that a minority of the partners (10 to 20 percent) generate most of the indirect revenue (80 to 90 percent). Yet we continue to keep marginal partners in the fold – partly in hopes of stimulating sales and partly to keep them from bad-mouthing our brands.

[ctt tweet=”Telling partners they’re worth more – is a disservice to everyone in the value chain.” coverup=”P7sOf”]

Some partners get it. They know they’re not the biggest or most relevant partners in their vendors’ networks. But mixed messages from vendors continue to confuse many more partners that think they deserve more attention and resources than they get.

Case in point: Here’s a recent conversation with a partner – a New York-based MSP, to be exact. He runs what many would consider a successful business, generating about $5 million in revenue annually. His company is stable and sustainable. And he’s tired of the treatment he gets from vendors.

“Vendors are too demanding, too difficult to do business with, have too many requirements, have high expectations, and they’re ungrateful for the work we do,” he complained. “And don’t get me started on how terrible distribution is.”

I paused for a moment and asked if he wanted the truth. He did, so I told him. “You’re not very interesting.”

He was incredulous. It was as if I had told him that Santa wasn’t real and his parents were the ones leaving money under his pillow whenever he lost a tooth. As a member of several industry communities and development groups, he’s repeatedly told about unclaimed vendor market development funds and how valuable businesses like his are to vendors. How, he wondered, could his great business not be interesting?

The truth, I explained, is that the most he can deliver to any one vendor in terms of net sales is roughly 5 percent of his revenue ($250,000 annually, or $62,500 a quarter), given that most of his sales are for internally delivered managed services. Vendors will happily take the money, but they’re not going to bypass large enterprise deals worth millions. They need to make their quarterly and annual numbers, and doing it by picking up nickels and dimes is a distraction.

The counter-argument: The underperforming partners make up the long-tail, which – in the aggregate – generates a lot of revenue for vendors. By having these partners, vendors cover the total addressable market, ensuring that customers – even small ones and episodic buyers – have a source to acquire products and services. Better yet, underperforming partners don’t cost much, as they receive minimal discounts and support.

And that’s the source of the friction noted above. While the long tail does have intrinsic value, it’s not nearly as valuable as the upper echelons of vendors’ partner networks. Vendors need to make this clear to partners to dispel any illusions about relative value to programs. In doing so, partners will understand they aren’t entitled to the same programs, resources, benefits, and rewards as those partners that are investing in training, joint business planning, sales expansion, and growth. And with vendors making relative value clear, partners won’t be surprised when program changes raise the bar or exclude them from program participation.

The 2112 Group has programs to help vendors find partners with the potential to rise up the channel ranks, identify partners for decommissioning or demotion, and effectively communicate program changes and strategies to partners. For more information on 2112 services, e-mail info@the2112group.com.