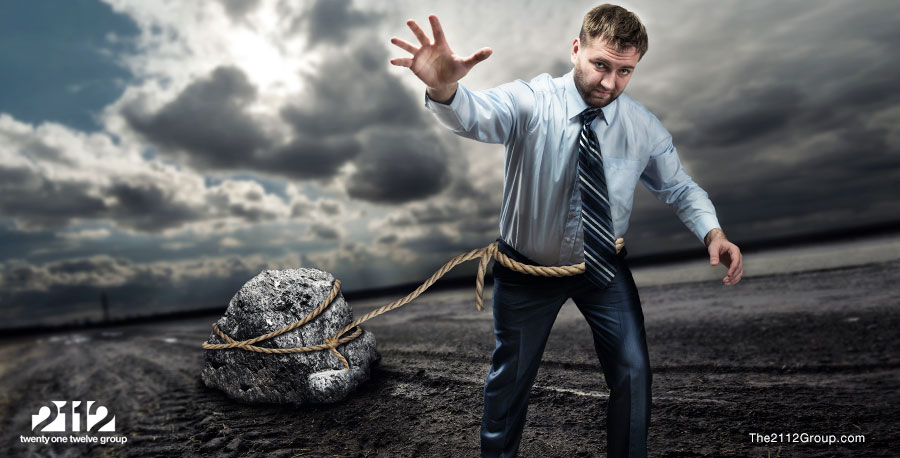 According to the 2112 Channel Chief Outlook report, the majority of channel chiefs are planning to expand the number of channel partners in their programs. They’ll likely hang on to underperforming partners too.

If one data point shines through in 2112’s new Channel Chief Outlook report, it’s that vendors love partners that perform consistently. They appreciate and value partners that buy and resell products with consistency – even over partners that have higher growth rates. And this explains why the vast majority of channel chiefs are planning to recruit more partners in 2018 and will likely hang on to underperforming partners too.

The Channel Chief Outlook study finds that four out of five channel chiefs are planning to expand the number of channel partners in their programs in 2018. Nearly one-half are planning moderate expansions, but one-third are planning significant ramps in their channel population.

[ctt tweet=”Vendors are looking to evolve – if not, transform – their business models to meet the demands of future market conditions & customer expectations.” coverup=”U14aD”]

For many established technology vendors, recruiting more partners is somewhat counterintuitive. Most channel programs are overpopulated, and the vast majority of partners are underproducing. The industry generally accepts that 80 percent of indirect sales are generated by 20 percent of the top-performing partners. In reality, though, that ratio is far more skewed, with 5 percent or less generating 90 percent of the revenue. (Check out our blog on the subject, “Vendors Shouldn’t Gloss Over Partners’ Relative Value.”) Even in smaller, more focused channel programs, vendors find a great disparity between the high performers and the laggards.

An obvious move by vendors would be to pare down the ranks of underperformers and concentrate on the partners that perform or have the potential to do so. In this regard, recruitment makes sense, as vendors need to ensure market coverage, so they replace decommissioned, underperforming partners with new partners with higher levels of potential. However, only 14 percent are looking to maintain their current channel population, and only 8 percent are planning moderate decreases to their partner ranks.

Part of what’s happening is that there are new vendors building out their channel programs. Beyond that, the recruitment push is mostly a reaction to three basic forces:

The market is evolving rapidly. New technologies and business models are reshaping the market faster than vendors or analysts predicted. Many vendors recognize the need to evolve expeditiously, even faster than market speed, to ensure they maintain relevancy, market share, and revenue.

Unfortunately, many channel chiefs perceive that partners aren’t evolving their businesses fast enough. According to 2112’s annual Channel Forecast report, channel partners grew, on average, 14 percent in 2017 – nearly five times the rate of the overall IT market. While partners admit to feeling market pressures, most are doing just fine with existing business models and evolutionary investments. Many are reluctant to take on more risk.

If existing partners won’t evolve, vendors will seek out partners that will. And that’s the source of much of the recruitment push. Many of the vendors planning channel expansions are seeking partners with the skills, capacity, and willingness to adopt and resell new technologies, build product practices around new sales models, and make investments in staffing, training, and marketing to generate revenue.

Vendors perceive (and they’re probably right) that a new crop of partners is entering the market, built specifically around the notion of new technologies (Big Data, mobility, artificial intelligence, virtual infrastructure) and business models (subscriptions, recurring revenue, hosted applications, managed workloads) that will form the core of their future channels.

Consistency is important to channel chiefs and vendor sales leaders as through regularity they have more confidence in their ability to hit and exceed sales targets. Partner consistency also provides greater confidence in where to invest limited channel support resources that lead to higher sales.

Inconsistency is what keeps channel chiefs awake at night. Partners that opportunistically or episodically sell are the demons that sap confidence and make performance goals shaky. Without that confidence in partner performance, channel chiefs are more selective in their investments because they have a difficult time justifying spending that produces few positive results.

Inconsistency and lack of transparency reign in two spots in the channel: new segments (technologies and markets) and the long-tail.

When a vendor introduces a new technology or enters a new market, it takes time to develop productive and consistent channel partners. They need to sell partners on the viability of the new offerings and convince them to make investments of time and money in training staff and sales, and that means taking on risk. For a vendor, cajoling partners into new business models takes time, which delays revenue productivity much less consistent performance.

Many people say the long-tail has value because – in the aggregate – it produces a fair amount of revenue and consumes few resources, making it largely profitable. I have many reasons to dispute this notion, but I’ll focus on just two for now: consistency and evolution. Few partners in the long-tail provide any level of consistent sales to contribute to a vendor’s performance needs, and most will not embrace new technologies in a meaningful way.

These consistency challenges, in part, explain why four out of five channel chiefs are planning to recruit more partners in 2018.

A top objective of most channel chiefs is surprisingly not growth. Channel chiefs and their companies’ executive teams recognize the need to grow revenue and profits, and they often do that through the introduction of new products and services. Increasingly, vendors are looking to evolve – if not, transform – their business models to meet the demands of future market conditions and customer expectations.

The evolution and growth don’t come easy, and subtraction in any part of the equation dampens forward progress. While the vast majority of channel partners are underperformers and register inconsistent productivity, they still contribute something to the equation. And this is why channel chiefs are reluctant to prune their partner ranks.

The long tail, as noted above, can produce a sizable volume of revenue and profits in the aggregate. On an individual basis, though, long-tail partners look less interesting to deal with. Long-tail partners are profitable because most do not qualify for vendor resources, support, incentives, or discounts. The only time the long tail costs money is when vendors try to prod it for greater performance and growth. (Check out: “Just One More’ Isn’t a Long-Tail Strategy.”)

Vendors may not plan to decommission partners or trim their channel ranks, but they may relegate more partners to distribution, where they can opportunistically purchase product with little support or interaction with vendors. Best of all, vendors will maintain their opportunistic revenue. For some channel chiefs, keeping low-performing and marginally productive partners around is a defensive strategy, denying other vendors an opportunity at that dollar they already have in the hand.

The strategy of recruiting for the future and preserving the past is sound, but often produces mixed results. Vendors will spend an inordinate amount of time and resources maintaining their legacy revenue sources while paving a new path forward with new and early adopter partners. The maintenance of existing revenue sources often discourages legacy partners from evolving their business models and practices, resulting in a slowing of channel progress.

The approach is sound, though, because it does minimize vendor risk exposure. By maintaining legacy revenue and partners, vendors are less likely to suffer disruptions and more likely to have the resources to pay for their future transformation efforts. Striking the right balance between evolution and preservation isn’t easy, but careful planning and staged execution makes it less painful and increases the probability of success.

The 2112 Channel Chief Outlook report contains more data and insights into vendor channel priorities for 2018. For a full copy of the report, click here, or e-mail [email protected].