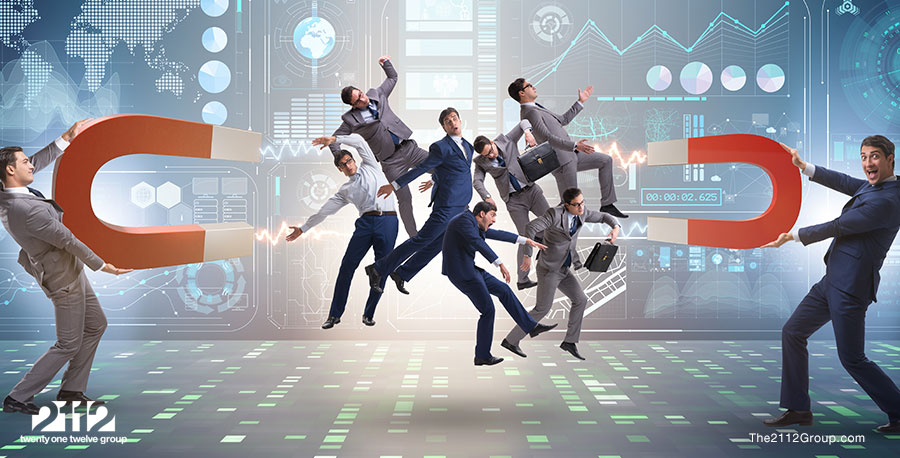 The U.S. had 6 million unfilled tech jobs last year, many of them among IT resellers and service providers. Competition between vendors and partners makes filling those jobs more difficult.

No matter where you go or whom you talk with, you hear about the same problem affecting tech vendors, distributors, and partners equally: They can’t find qualified professionals to fill well-paying jobs.

At the same time, the United States alone has more than 6 million unfilled IT jobs, according to the U.S. Department of Labor. The shortage of IT security professionals is so acute that even bad security practitioners can’t lose their jobs.

Conversely, enrollment in STEM (Science, Technology, Engineering and Math) programs is starting to tick up in Western countries after more than a decade of decline and hitting historic lows. Nevertheless, years will pass until the next wave of talent hits the job market.

These two factors – low unemployment and a dearth of new talent entering the job market – makes it somewhat easy to explain the lack of IT talent.

The channel’s talent problem may be a little more complicated, and it has everything to do with equity and competition in the technology industry – if not the technology field.

Scan a sampling of job postings and you’ll find demand for sales engineers, network administrators, security practitioners, network administrators, storage specialists, and CIOs. The competition factor comes into play when you look at the companies that are posting these positions. They range from IT vendors, car-makers, and home appliance manufacturers to banks, IT resellers, and service providers.

Nowadays, every company is a technology company. Consequently, every company needs IT talent to keep its data centers humming, its applications tuned, and its security perimeter tight. Exacerbating the recruitment equation is this: The compensation for a network engineer is the same regardless of the company doing the hiring or its size.

Whether the employer is Amazon, Microsoft, General Motors, General Electric, the City of Pawnee, CDW, or Bob’s Computer Sales and Repair, the basic job requirements for these positions are relatively the same. In other words, everyone is fishing for talent from the same pool.

Big IT vendors say they have a hard time attracting talent to their ranks, but their recruitment efforts are making it harder for partners. If a computer science college student enters the market and gets job offers from Google, Facebook, and Nebraska Systems Integration, which one do you think the candidate will pick?

Good, talented IT pros will go not just where the money is but also where there’s potential. The career ladders at Cisco and Dell are far more attractive than those that have to be scaled working through a series of reseller and managed services companies.

Ironically, equity in the job market is creating inequity in competition because of the intangibles associated with working for different kinds of companies.

Farm Leagues Could Solve the Problem

Do competition and inequity work the same in other, non-tech channels? Not necessarily.

A couple of years ago, The 2112 Group got curious about how indirect sales channels, partnership systems, and alliances work in other industries, so we looked at the airline industry as an example. It turns out that the airlines consider online travel services competitors, not partners. Their partners are regional carriers that operate smaller planes on shorter routes.

[ctt tweet=”Good, talented IT pros will go not just where the money is, but also the potential.” coverup=”aekJH”]

Airline partnerships work because they’re talent feeder systems, similar to farm leagues in baseball. The regional carriers operate at a lower cost, as they pay their pilots and flight attendants less, and their planes are less expensive to fly. The crews gain experience by working for the regional carriers, and many will then graduate to the major carriers.

Vendors often turn to training and certification programs to enable partners. The theory: Trained partners are better equipped to sell, deliver, and support their products. Certified partners, they believe, have a higher value in the eyes of their customers. And partners that are trained and certified carry more weight in vendor channel programs.

At the same time, vendors talk about the importance of channel partners to their go-to-market strategy and success. Perhaps it’s time that vendors establish a farm league or Peace Corps system in which they require new hires or job applicants to do a stint with partners. This way, the candidate gains valuable field experience, partners get access to much-needed talent, and vendors reinforce the value of partnerships in their corporate culture.

Implementing such a system is likely impractical. However, it’s important to recognize that the talent shortage isn’t just a supply problem. Competition among all companies for the same limited resources puts organizations with shorter career ladders and fewer resources at a disadvantage. And, in the end, that hampers the entire IT value chain.