Vendors: Your Competitors Are Changing

Vendors: Your Competitors Are Changing 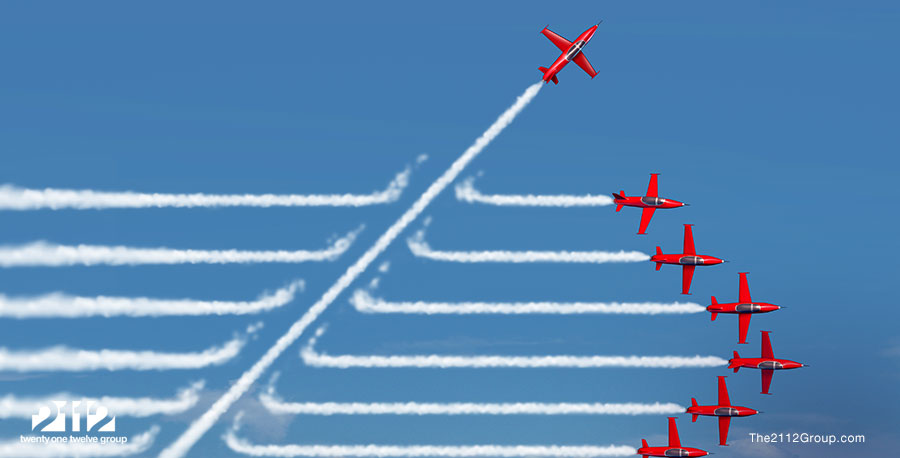 Companies that built the various IT industry segments could always rely on knowing their competition would look and act more or less like them, but that’s no longer true.

Amazon sent shockwaves through the IT market last week when it gestured its potential entry into the enterprise switching and routing market long dominated by Cisco and a cadre of hardware vendors.

Amazon may – and I repeat, may – enter the networking segment. The company helmed by Jeff Bezos is experimenting with equipment and attached services with a handful of customers, but has not made any decision about formally spinning up a networking division.

Yet the gesture alone was enough to send networking stocks tumbling.

Cisco, which is racing to diversify its portfolio, lost $8.5 billion of its market value as stock prices plunged 4 percent. Juniper lost 2 percent of its stock price value. Arista lost 4 percent. And Broadcom, already reeling from the market’s distaste for its $19 billion acquisition of CA Technologies, dropped 3 percent of its value as investors speculated that an AWS entry into the switching market would affect its sales of chips to network equipment manufacturers.

The report that Amazon may enter the enterprise network market shouldn’t have shocked or surprised anyone. Analysts predicted that open-source and self-built networking gear would pop up following Facebook’s release of its Wedge framework for open-source switching software in 2015 and the formation of the Open Compute Project, which fosters open-source switching and routing hardware.

Amazon’s potential new venture should wake up vendors, forcing them to realize that they can no longer rely on modifications of old business models and legacy go-to-market strategies to carry them forward. Neither can they continue to rest complacently on the belief that the competitive landscape will remain static.

At this point, we could reiterate a Marc Andreessen quote from 2011: “Software is eating the world.” We could even modify the quote to say, “The cloud is shrouding the hardware world.” But that doesn’t have a ring to it, so I’ll paraphrase Andreessen instead by saying that “software is eating traditional notions of competition.”

You Can’t Assume You Know Your Competitors

Nearly 15 years ago, when I was still a magazine editor, the president of my division stood before us and started talking about how Google – still just a search engine back then – was our new competition. Tech media, he said, was no longer the gatekeeper to the prized audience of technology product influencers and decision-makers. Google was circumventing our gates and diluting our value.

He wasn’t the first to say it, but even he didn’t realize how wrong he was. Google wasn’t the competition; it was a catalyst. For a media company, competing with Google and other search engines was a practical impossibility. If we wanted to remain relevant, we had to adapt to the new world order and find new relevancy, a new imperative.

So, let me contradict my rephrasing of Andreessen above. Software isn’t eating anything. Software, like Google more than a decade ago, is a catalyst for change. And companies either adapt to change or melt into the fabric of history.

Cisco knows this. Microsoft knows this too. And other savvy tech vendors are figuring it out.

Cisco is rapidly trying to transform itself from a network-centric company to a provider of security, infrastructure, and management software. When CEO Chuck Robbins assumed the leadership post, he inherited a ship in a far different competitive sea than the one helmed by John Chambers. Cisco was already feeling the effects of disruptive technologies and changing market conditions. Robbins knew he had to rewrite the Cisco playbook. Despite the pain and disruption, Cisco sees success in his vision.

A new vision is something Satya Nadella brought to Microsoft when he ascended to the CEO post after the retirement of Steve Ballmer in 2014. Under Ballmer, Microsoft stuck to the mantra of “Windows: first, foundational, and foremost.” Everything in the Microsoft universe revolved around Windows, the product that got Microsoft to where it was.

Unfortunately for Microsoft, Windows was an anchor and not a platform. It was struggling in nearly every product segment as more nimble competitors such as Apple in mobile, Google in search, and Amazon in the cloud passed it by. Nadella changed the mantra to recognize that the world was changing. His goal: Put Microsoft software on every machine regardless of the operating system. This strategy has revitalized Microsoft and put it back at the forefront. Microsoft is no longer seen as a struggling has-been; rather, it’s a formidable competitor and market leader.

Hardware is becoming increasingly less important to the customer. Cloud computing is making hardware opaque. The value comes not from hard-wired equipment but from the software running on the device – as Microsoft proved and Cisco is learning. Amazon, I’m sure, has no interest in becoming a hardware vendor; its interest, more than likely, is in using hardware as a catalyst for capturing more cloud and software customers.

But this goes beyond software. It’s about addressing customer IT needs and problems. Software and cloud computing is making it easier for new ideas, business models, and competitors to enter the market. Software is disrupting the traditional marketplace and opening new opportunities. And those new opportunities aren’t reserved for new entrants.

Companies that remain wedded to the things that once made them great are often vulnerable to disruption and disintermediation. Technology vendors – particularly older companies – need to stop assuming their experience gives them greater insight into market dynamics and customer needs. Instead, they need to open themselves up to new thinking, ideas, and models based on value and outcomes. Companies that start conversations with questions rather than statements are usually more adept at remaining flexible and adapting.

In a nutshell, for vendors that want to remain relevant and leap ahead of the market, one of the goals should be to shock those around them and not be the ones to get shocked.