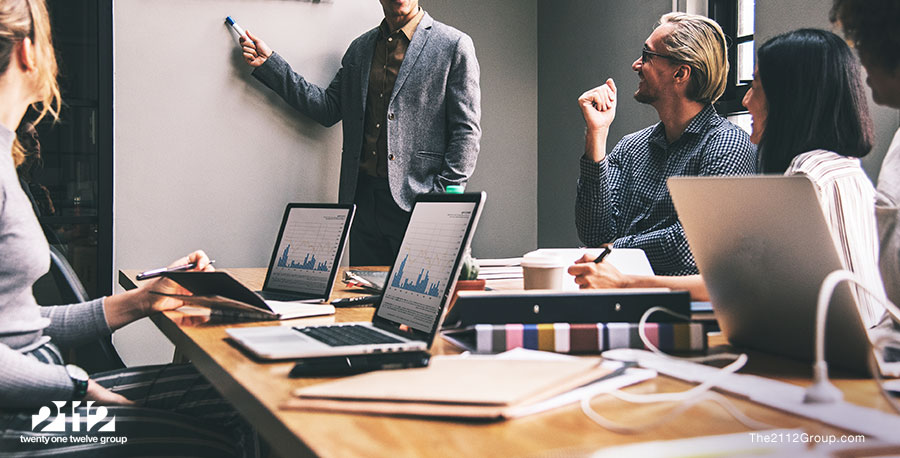 Microsoft’s launch of its Microsoft Managed Desktop service sent shockwaves through the channel, which is dominated by managed services. Vendors should have managed services, but they need to take partners into consideration. Here’s why.

A sense of dread washed over the channel last week. Managed service providers and partners with services aspirations gasped upon hearing that Microsoft – whose platform runs on 90 percent of all desktops worldwide – is launching a managed services program.

In its announcement, Microsoft is more than a little ambiguous about the intent and extent of its newly minted “Microsoft Managed Desktop” (MMD) service. The program, which is currently supporting customers in the United States and United Kingdom, will provide remote Microsoft 365 customers with provisioning, management, security, updating, and support of their Windows 10 devices.

In other words, it’s competing directly with scores of Microsoft and PC OEM partners around the world that offer managed and professional services.

And MMD goes beyond remote monitoring and management of endpoints. Microsoft implies that this is a “devices as a service” offering, meaning that customers will buy devices directly from Microsoft. Patrick Moorhead of Moor Insights & Strategy posted a slide on Twitter that shows how Microsoft will offer three-year device refreshes and next-day replacement for defective machines through the MMD program.

While MMD currently supports only Surface devices (the Laptop, Book, Studio, and tablets), Microsoft says it will expand the offerings to Windows 10 PCs produced by major OEMs such as Dell, Hewlett-Packard Inc., Lenovo, and others. This is probably why the headline of the official announcement reads like so: “Collaborating with Customers and Partners to Deliver a Modern Desktop.” The partners are the PC OEMs.

Microsoft doesn’t say how it will sell the MMD service, only that customers will buy on a subscription basis and the cost will vary based on the number of devices under management. Again, there’s no indication whether partners will play a role in the go-to-market model.

Microsoft partners – particularly managed service providers – are concerned about the MMD program, and understandably so. Managing endpoints, and particularly Windows PCs, is a core part of their offerings. The average partner earns as much as 50 percent of its revenue through services – both professional (provisioning and customization) and managed (remote monitoring and management). Microsoft offering a service that’s wedded directly to the underlying operating system is a threat to MSPs large and small.

Services Appeal to All

No one can blame Microsoft or any other vendor for wanting to field a managed service offering. Services scale limited resources faster and better than selling boxes and support licenses. Services sold as a subscription provide predictable recurring revenue. Combine recurring revenue and scalable resources, and you get a very stable and profitable business model.

Vendors know the value of the services model. They’ve been pushing it on the channel for years. Partners no longer make money by selling vendor products. They make it by delivering managed and professional services. Vendor products are a means to an end, and that end is a protracted service contract that delivers recurring revenue.

Up to this point, vendors have been content to sit on the services sidelines, as it wasn’t practical for them to jump headlong into the recurring-revenue model. Hardware and software products remained profitable enough. But that started changing over the past 24 months as hardware margins compressed and cloud providers demonstrated their ability to generate huge profits and valuations with limited fixed costs of manufacturing and distribution.

Microsoft isn’t alone in its services ambitions. Every PC manufacturer is either developing or exploring a hardware-as-a-service model that allows it to sell boxes and corresponding support services as a monthly subscription. Microsoft’s MMD brings it into conflict with its own OEMs’ services ambitions, which is probably why the offering is available only for Surface devices at this time. Microsoft has a history of getting around conflict with its OEM partners, so it’s likely this service will expand quickly and create greater conflict with downstream MSPs.

Microsoft’s MMD announcement isn’t clear, and it leaves a lot of room for interpretation. I did attempt to speak with Microsoft about the program to get specifics, but they’ve declined to talk. One of the explanations is that Microsoft sees a need to provide PC buyers with a similar experience to buying a smartphone. Open a box, power up, sign in, and provisioning starts automatically. Easy.

The market demand for simplicity and a better experience is real. Enterprises are looking to services to provide more reliable, secure systems at a lower cost than what they get from an IT department or third-party services. Many businesses, especially enterprises, won’t buy such services from a Main Street solution provider or a regional MSP; they want the assurance of stability and reliability that comes with large known brands such as Dell, HP, Lenovo, and Microsoft.

Microsoft, in fact, has a fiduciary responsibility to enter the services business. Ten years ago, Microsoft owned the operating system market. Apple’s iOS was in its infancy; Android was just released; and the Windows Mobile, Blackberry, and Symbian OSes were the dominant mobile platforms. Nevertheless, Microsoft owned the desktop, which gave it a share of 90 percent or more.

Today, the OS market is far more diversified. Mobile devices are often the primary interface for online applications and resources. While Microsoft still owns the desktop, one can’t necessarily take mobile platforms out of the equation. By some estimates, Microsoft’s share of the endpoint platform market is less than 20 percent.

At the same time, PCs are a low-margin business. PC OEMs are doing everything they can to raise average price points and preserve margins, but it’s a losing game. The margin gains that once came with technical innovations and cost compression have been wrung out. It’s just too hard to make money on PCs alone, so services offer the best potential for profitability.

Microsoft is getting into the endpoint services game in a big way, but it’s not the first vendor to do so, and it won’t be the last. The market can expect other OEMs to follow suit with similar and diverse offerings that promise PCs or devices as a service with all the corresponding security, backup, provisioning, maintenance, and support options promised by Microsoft’s MMD program.

Microsoft should’ve done a better job with its MMD announcement and launch. When vendors look at the services opportunity, they often overlook the existing offerings – some that have been in the market for years – from their partners. The channel is built on managed services, and any vendor offering will conflict with large swaths of partners.

Partners can sell vendor managed services, but it’s not as simple as switching from boxes to subscriptions. Vendors that look at the managed services opportunity see high potential for making money. But bringing partners into the equation diminishes the prospects. The subscription model looks good over time but doesn’t allow for a lot of margin-sharing in the short term because of payment fractionalization.

Even if a vendor cuts partners in for 10 or 20 percent of the subscription revenue, it’s not very interesting to the partner. MSPs generate margins of 40 percent or higher on their managed services. Accepting less because a service is associated with a major brand and diminishes the partner’s service-delivery role in the eyes of customers isn’t all that attractive.

We can’t blame vendors for wanting highly profitable, scalable, and sticky offerings such as managed services. And this scenario will renew debates on whether the Internet – and services – will render the channel obsolete. From The 2112 Group’s experience, vendors should – regardless of whether they develop services as a direct or indirect offering – take partners into consideration and ensure they know what role they play in the go-to-market strategy (even if it’s none). Otherwise, vendors run the risk of alienating partners they may need in the future.