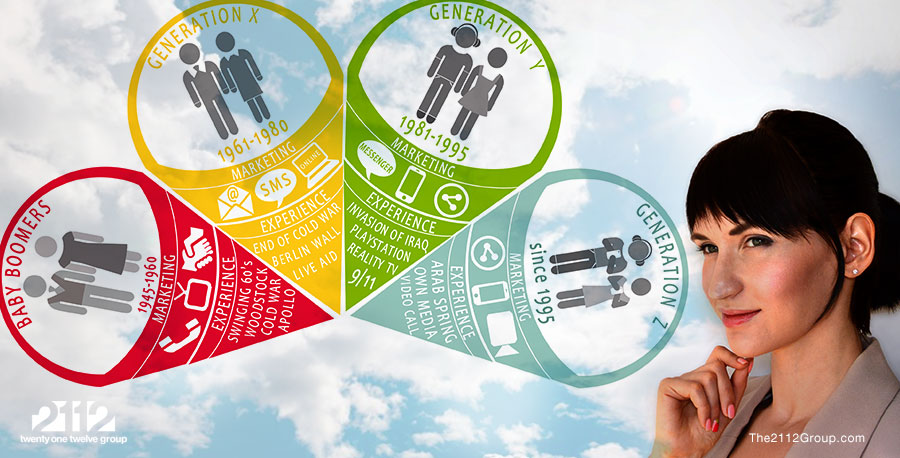 Technology vendors are facing the need to change their business and sales models. They find such change is hard because different generations have different attitudes toward how things should be done.

In my youth, when I wore a uniform and carried an M16 for a living, I was a bit of an idealist. You might even say I was slightly “pre-millennial” in attitude. I noted the many flaws in Army structure, operations, and thinking. Many things just seemed archaic.

One night I verbalized my observations to my first sergeant, a man who entered the service around the time of President Kennedy’s inauguration. He politely nodded his head. “We all know it, but it doesn’t matter,” he said. “You’re never going to change the Army by talking up. You have to change it by influencing the people coming in behind you.”

He was right. You can’t change an organization’s thinking by talking up to the people who built it. From their perspective, things work the way they intended. And even when they see the need for change, they’ll constrain their thinking to fit within the legacy parameters. It’s human nature.

In the channel, we face the same situation. How do we change vendor thinking around the channel and modify strategies and operations to address technologies, sales models, and market opportunities that won’t be present for years? We can see changing conditions coming, but many leadership, operations, and field teams continue to hold on to their legacy way of doing things with an iron grip.

The issue came up this week during a roundtable discussion I moderated at the Channel Focus Club 50 Fall Retreat in California. The topic: “What are the key decisions in building a pricing and commission model for monthly recurring revenue?” The discussion quickly shifted from sales models, pricing structures, and compensation plans to the true challenge facing vendors: generational issues.

As the team of channel chiefs at the table quickly surmised, senior leadership – CEOs, CFOs, CROs, CXOs, etc. – often understands and accepts the need for changing sales and go-to-market models. The next level of leadership – division or field executives – often comes to the same conclusions. Even people in the middle and lower ranks aren’t oblivious to the fact that change is an imperative.

The challenge comes down to the generational issue in the channel (and all businesses): You can’t change the way people think and act. People don’t readily acquire new skills and processes, especially when the reward system reinforces legacy thinking.

When we look across the channel landscape, we see a bifurcation in thinking and operations. Older executives and salespeople stick to the things that got them where they are. They continue to push products and bundles the way they have for decades. They want marketing programs and incentives that have demonstrative proof of performance. They resist changes to sales models – for example, subscriptions, which yield their full sales reward over time.

Why should they change for the future when such shifts in thinking, activities, and effort work against their current compensation plan?

Yes, I said this was a generational issue, but it’s also a compensation issue. As I’ve said for years, compensation plans are the root of all evil.

A conclusion of our roundtable is that the reason organizations often struggle to embrace change is because they can’t easily live in two worlds simultaneously. Executive leadership may see the need for change, such as converting to a services model with subscription-based pricing. Their direct reports may see the need for this change too. But the next layer – middle management – may resist because they’re still getting measured and compensated according to the legacy model. And that resistance trickles back up.

A solution, members of the group suggested, is bifurcated organizations. Rather than trying to force change through the legacy system, operate two distinctly separate structures with different products, models, and compensation plans. The solution sounds good on paper but comes with a cost that many companies can’t tolerate. It also creates friction, as you have legacy and emerging teams competing for the same business.

More realistic solutions to this generational problem include developing crash strategies for discontinuing legacy products and business models, changing objectives and compensation for executive and middle management, divesting of legacy units, and forcing resistant managers and salespeople out of the organization in favor of new thinkers.

The bottom line: If you want to change an organization’s operating model – inclusive of sales – you need to start with compensation plans in middle management. By changing objectives, rewarding new behaviors, and taking away the incentives for legacy thinking, vendors can shape the models and outcomes mostly through the next generation coming up through the ranks. Middle management will influence the newcomers and, ultimately, move up into the top echelons.

If none of this sounds like a comfortable situation, that’s because it’s not. You can see how some of this might get confused with age discrimination. And actions that force transformation through the ranks have the potential for sales disruption, as seen in several companies that saw sales, profits, and market caps plunge with such changes.

The only other solution is waiting for time to pass and generations to cycle in and out, which also puts companies in a precarious position in terms of performance and competition.