The Channel Implications of Breaking Up Big Tech

The Channel Implications of Breaking Up Big Tech 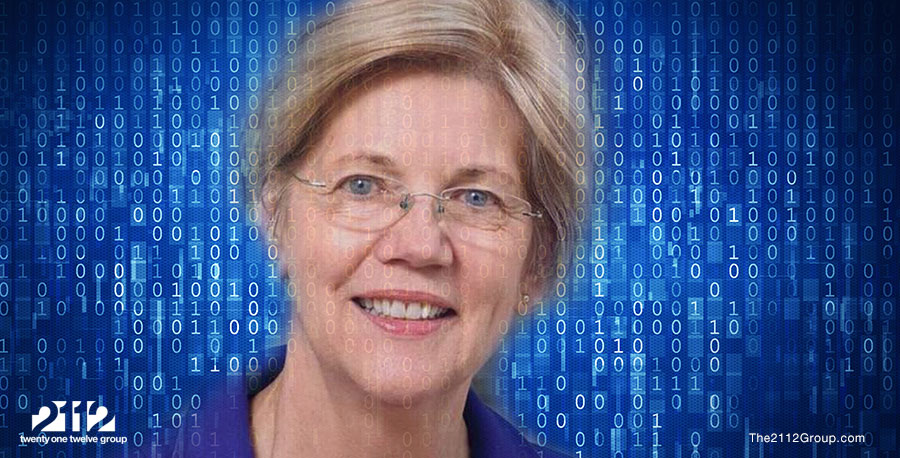 Massachusetts Sen. Elizabeth Warren is an ardent critic of corporate America and a self-proclaimed champion of consumer rights. So it’s not surprising that she’s the first presidential hopeful in the progressive field of Democratic candidates to call for the breaking up of “big tech” companies, saying they’re too powerful and hurt public interests.

Warren’s rallying cry sounds much like the “Too Big to Fail” refrain about the big Wall Street banks during the last recession and is reminiscent of the landmark 1984 breakup of AT&T. From her perspective, companies such as Amazon, Google, Microsoft, Facebook, and Apple – collectively known as “big tech” – have their fingers in too many pies. The argument isn’t about competition; it’s about an abuse of power in the use of data, personal privacy, and market influence.

The good senator from the Commonwealth of Massachusetts makes several good points, but she’s basing her vision on faulty assumptions.

On paper, big tech companies don’t look like they’re in direct violation of the Sherman Antitrust Act. While they’re big, the market has ample alternatives in the way of search, cloud services, mobile applications, and mobile devices. Moreover, the distribution points for these services are numerous. Businesses and consumers can access products and services from multiple suppliers despite the size of the current and future tech giants.

The issue Warren and her supporters want to pursue is one of vertical monopolies. No one tech company dominates the totality of the market, but several do have integrated supply and distribution stacks that look like vertical monopolies. Warren harkens back to the breakup of the railroads and oil companies a century ago. The railroad and oil tycoons, such as Standard Oil’s John D. Rockefeller and transportation magnate Cornelius Vanderbilt, used the wealth generated by their core businesses to buy into adjacent industries to reduce costs and create a competitive advantage. If a railroad didn’t have to buy steel at market rate, it could charge lower fares.

The antitrust crusaders of the day even gave these industrialists a name – robber barons – but Larry Page, Jeff Bezos, Tim Cook, and Satya Nadella are nowhere near the ruthless tycoons of yesteryear.

A lack of fairness is at the root of Warren’s hypothesis. She argues that tech companies able to act as both product producers and selling platforms have an unfair advantage over competitors trying to sell through those same platforms and cites the example of how railroads bought steel mills, shipping product for less than their competitors and thus gaining an unfair advantage. But there’s little evidence (at least publicly) that this is the case with tech marketplaces. If anything, many tech companies are opening new opportunities and routes to market for smaller vendors with their marketplaces.

Ripples Through the Tech Channel

While Warren is aiming squarely at the household brands of the tech industry, her plans have serious implications for the rest of the market. Vendors across the board are embracing marketplaces as a primary means for taking transactional sales to market. Rather than selling through traditional two-tier channels, vendors see cost- and time-saving advantages to pushing products through automated online sales channel such as marketplaces. Warren’s proposal would restrict start-ups and mid-tier vendors as much as it would Amazon and Google.

Interestingly, Warren cites companies like Amazon, Apple, and Google, but her plans would ensnare big retailers too. Every major department store chain has its house brands sold alongside commercial products. Companies like Walmart, Target, Macy’s, and Nordstrom would suffer the same “breakup” pressure or go-to-market restrictions as Amazon and Microsoft.

No one tech company can address all product and service needs. Vendors understand this, which is why they’re openly and willingly selling the products of their rivals and partners through homegrown marketplaces. The Microsoft co-sell program, for instance, is now generating more than $9 billion in sales of complementary products created by competitors and independent software vendors.

The underlying issue that gnaws at politicians like Warren is data correlation and privacy. So, what this is really about is Amazon’s ability to know what consumers want to buy before they even know themselves, Facebook’s power to influence public opinion by distributing content from untrusted sources, Apple’s ability to contain customers within its closed ecosystem, and so on. Politicians think that the Googles of this world are too powerful an influence on consumer, commercial, and government affairs.

When it comes to privacy issues, Warren and other Washington critics may have a point. The entire reason the European Union enacted the General Data Protection Requirement (GDPR) is to safeguard consumers from opaque collection and reuse of data that targets individuals. However, breaking up these large tech companies would only redistribute the problem to relatively smaller but equally powerful companies.

Warren and other politicians would likely achieve a greater result by imposing fairness regulations, data collection restrictions, and privacy requirements on technology firms. If the goal is to prevent big tech from having too much influence over individuals and society at large, privacy regulations such as GDPR will go much further than antitrust efforts.

The problem with antitrust arguments in the technology industry is fluidity. Microsoft spent a decade fending off antitrust prosecution, arguing that an upstart competitor could come along at any time and disrupt its business. Few on Capitol Hill bought that argument, yet Microsoft’s hypothetical scenario actually came to pass. Microsoft is no longer the dominant player in operating systems or browsers. Facebook vanquished earlier social networks and thrives among a sea of competitors. And Amazon is a big company, but it’s under constant threat by legacy retailers, technology companies, and suppliers.

If Warren’s plan ever sees the light of day, it will disrupt the evolving marketplace channel for current and future vendors. Sales through marketplaces are climbing rapidly. B2B buyers want the convenience, ease of access, speed, and consistency of buying through marketplaces. Further, marketplaces give businesses the ability to identify and acquire products faster and – potentially – cheaper than through conventional channels. The technology marketplaces Warren wants to dismantle are hardly anything like the railroads and oil companies of the 19th century. It’s that kind of antiquated thinking that could derail the tech economy.