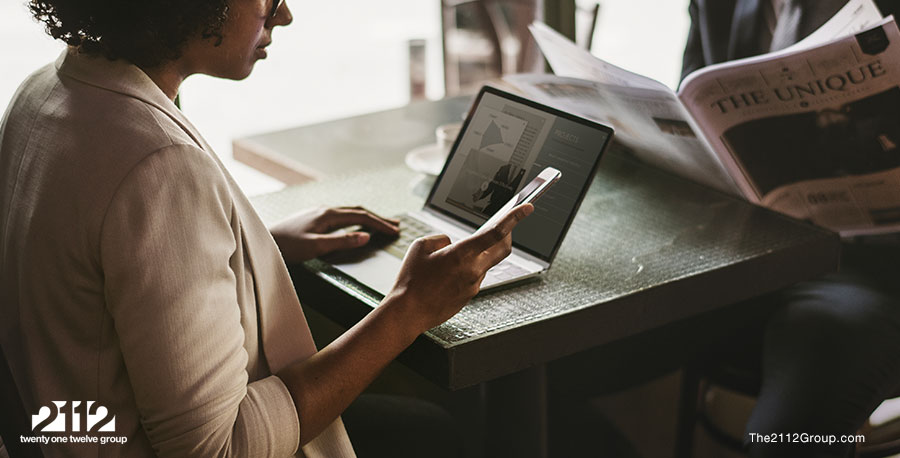 While it’s true that we don’t have time to peruse every e-mail in our inboxes or every document that crosses our desks, we play with fire when we don’t read enough to get the information we need to make sound decisions.

Anyone who was around the tech industry in 2011 remembers the feeling of dread they had upon hearing that Hewlett-Packard, still whole at the time, was buying analytics software vendor Autonomy for a whopping $11 billion. People around the industry thought the deal was overpriced and didn’t buy into the notion that it would catalyze the stalwart’s transformation from a hardware vendor into a software titan.

What many didn’t know is how flawed the Autonomy deal was from the start, and that HP’s leadership – then-CEO Leo Apotheker – was flying blind because he relied on his instruments and didn’t bother to read critical documents.

Now HP is suing former Autonomy CEO Mike Lynch and CFO Sushovan Hussain for cooking the books of the U.K.-based software company to increase its valuation. The suit asserts that Lynch and Hussain duped HP and its leadership into not just overpaying but also initiating the deal in the first place. HP wants $5 billion in damages for the deal that cost it nearly 50% of its market cap and forced an $8 billion write off.

It turns out, though, that HP wasn’t oblivious to the flaws of the deal and the tell-tale indicators that Autonomy wasn’t all it purported to be. Former CFO Cathie Lesjak tried to wave off the deal, but was brushed aside by Apotheker, who was hell-bent on making something happen in the wake of HP’s disastrous entry into tablets.

Under cross-examination in a London courtroom, Apotheker made an extraordinary admission: He hadn’t read the due diligence by an independent auditor; nor had he reviewed Autonomy’s previous financial statements.

“The system we had in place relied on very professional people – accountants, chartered accountants, in fact – to make sure things were in order,” Apotheker said. “It wasn’t up to me to read them. By the way, I would have been incapable of reading all the material. I relied on the system in place, the traffic light system, if someone thought there was something. …”

In reality, KPMG – the firm hired to assess Autonomy – only filed a preliminary report, which HP accepted as it pushed forward with the deal just days later. KPMG reportedly never delivered a final report.

Time is the commodity always in short supply. Executives from the C-suite to the channel lament over the lack of time available to do ordinary tasks. Critical meetings get pushed out by weeks because of conflicts, travel commitments, and operational priorities. A continuous torrent of communications that require review and immediate action inundates people up and down the corporate ladder. And the demand for information contained to one to three PowerPoint slides is the standard.

Some executives call detailed reports TLTR – i.e., “Too Long To Read.” If they can’t scan a document to get what they need, they won’t look at it. They see long-form documents as black holes that distract from the daily deluge.

TLTR is what gave rise to the PowerPoint culture. Once a tool for simplifying the creation of presentation materials, PowerPoint is now the preferred medium for corporate reporting and recordkeeping.

At 2112, we see this across the industry. At one Fortune 50 company, we watched as highly paid people would take notes in PowerPoint because they were accustomed to refining those notes into presentations. Others have rejected our Word-based reports, instead opting for PowerPoint slides with bulleted headlines rather than details. And people attending our conference presentations will take photos of our PowerPoint slides even though the information is fairly useless without the talk track.

PowerPoint isn’t just considered a best practice; it’s a norm that allows us to create the illusion that we’re conveying information, that we’re transmitting and receiving true intelligence. That’s not to say PowerPoint isn’t a useful or valuable tool; it’s just not a substitute for reading the details of a full-blown report.

Amazon Bans PowerPoint
PowerPoint slides are an endangered species at Amazon. It’s corporate policy that executives and team leaders write out proposals and reports in Word. The culture created by Jeff Bezos requires people to think through and clearly convey their ideas through structured, well-composed documents. By denying people the use of PowerPoint, Amazon compels more thought and detail in its business communications and due-diligence process.

The Amazon policy and culture is on target, at least partially. It not only forces critical thinking in the composition and conveyance of ideas but also compels reviewers to spend the time needed to review documents thoughtfully. Even here, though, Amazon doesn’t go crazy. It realizes people don’t have huge amounts of time to read. When presenting new business ideas, the proposing managers must submit their plans in a two-page written document. If the idea survives the first round, the proposer must expand on the idea in a document no more than five pages for the next review.

Now, again, Amazon gets it only partially right. PowerPoint is a good complement for written reports. The written reports and proposals could serve as a backup or explanation of the presentation. The PowerPoint is a point of validation and reference, if you will, because you don’t want people with their eyes down while you’re trying to present ideas.

In Apotheker’s Defense (Partially)
Now marked – fairly or unfairly – as one of the worst CEOs in the history of the tech industry, Apotheker isn’t entirely wrong about not reading the report. His explanation is sound. The “traffic light” system is a common practice, in which executives rely on their direct reports to signal issues as critical or routine to prioritize actions. Delegation, too, is necessary to ensure that the right people review the information and get a proper response.

If executives, managers, and partners read everything that hits their inbox, they’d do nothing but read. The amount of reading and communicating that happens in the average business is enough to give rise to the joke (often a complaint) that some people’s primary job is reading and answering e-mails. The system of delegating and prioritizing communications is critical to maintaining functioning business operations.

And, in the case of HP and Apotheker, warning signs were present. CFO Lesjak did try to kill the deal by raising concerns to Apotheker and the board. The zeal to get something done to save the lumbering hardware giant overrode those warnings. The fact that Apotheker didn’t read the reports is as much a reflection of apathy toward reading as a determination not to let anything get in the way of the Autonomy deal.

Every year, businesses spend billions of dollars on internal and external reports, assessments, and audits. Staff spends countless hours on analyses, proposals, and reviews. Much of that information goes to waste because of a pervasive culture of people looking past the written word. The Autonomy deal provides a brilliant example of the criticality of reading documents and not relying exclusively on PowerPoints and traffic lights.

Oh, if you’ve read all the way to the end of this blog, thank you. You’ve definitely violated the TLTR rule.