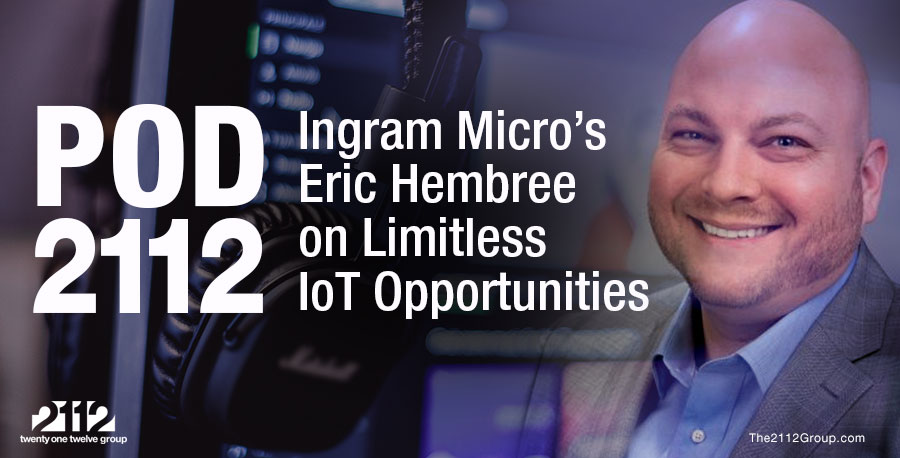 The Internet of Things (IoT) is transforming nearly every aspect of the commercial and consumer worlds. Through sensors, autonomous systems, and analytics applications, IoT is bringing automation and digital control to businesses, government agencies, and homes at an unprecedented scale. In 2019, businesses will spend more than $745 billion on IoT systems and services. By 2025, the world will have 75 to 125 billion IoT devices connected to the Internet. And that’s only the beginning. While IoT presents a tremendous opportunity for vendors and solution providers alike, the latter has been slow to act on this emerging opportunity, which is why distributor Ingram Micro is dedicating resources and support to help partners develop IoT practices. Eric Hembree, director of IoT at Ingram Micro, is leading the charge in developing the IoT channel. Hembree joins POD2112 to discuss the current and future state of the IoT market and channel.