Don’t Write Off Distribution Too Quickly

Don’t Write Off Distribution Too Quickly 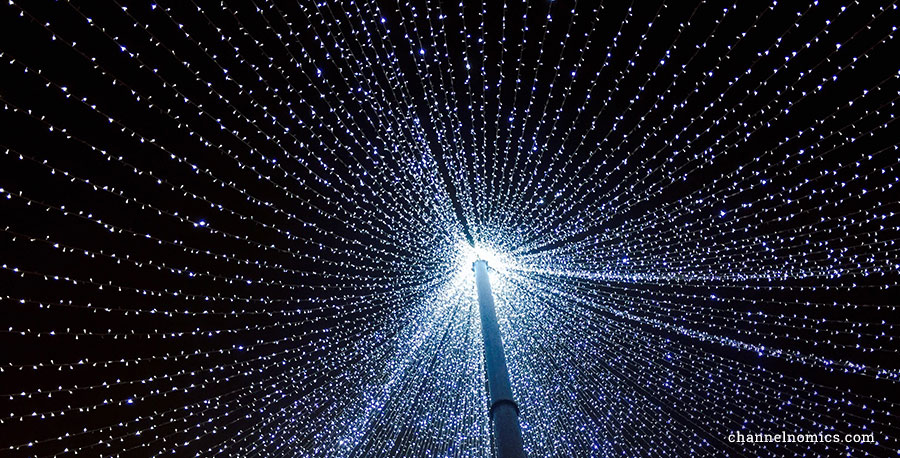 Vendors say the value distribution brings to the go-to-market equation is waning, but the reality is far more nuanced.

During a recent Channel Focus conference, a poll of attendees – largely channel chiefs and other professionals – revealed a perception that distribution is becoming less effective in contributing to vendors’ channel strategies and go-to-market operations.

They asked me what I thought.

The question of distribution’s value and effectiveness is a good one – but only if this was the first time anyone asked it. Since I started working in the channel, I’ve heard this very question countless times. It’s often preceded or followed by some proclamation that the days of distribution are numbered – if they haven’t expired already.

The recent spate of consolidation on the distribution level is fueling the perception of distribution’s decline. Synnex bought Westcon. Avnet sold its distribution business to Tech Data, which was acquired by private equity firm Apollo Management. Chinese conglomerate HNA Group bought Ingram Micro and then sold it to another investment group, Platinum Equity. DCC Technology bought Stampede, creating what is now Exertis. And then, most recently, Apollo merged Tech Data with Synnex. There are many more M&A deals beyond these notables.

Suffice it to say that a lot has happened over the past several years. It’s all evidence of decline because, as everyone knows and history proves, large companies in increasingly competitive yet valueless market segments combine while moving through their death throes.

So, when these channel chiefs asked my opinion on why distribution is losing its value, I paused and asked them: What makes you believe that?

The value of distribution is always in question because it’s an added cost in the go-to-market equation. Many in the channel often reference the two-tier structure. The first tier is the reseller or partner that interfaces with the customer. The second tier is the distributor, which acts as a facilitator of various activities among the manufacturer, supplier, vendor, and partner.

Actually, though, calling this go-to-market structure “two-tier” is a misnomer, as we’re talking about hops more than tiers. How many steps it takes to get from the supplier to the customer is the real issue. With many cloud computing services, you have no hops at all: The customer can interface directly with the supplier. With other models – managed services, for example – you have many hops between the source and the customer, as managed service providers often must source technology from multiple suppliers and distributors.

The complexity is getting even greater as more technology companies rely on independent software vendors to fill in gaps in functionality and value with complementary offerings.

The thinking among many vendors and channel leaders is simple: Take distribution out of the equation, as it’s increasingly less of a necessity in the cloud-based, service-centric world, and you’ll save money.

If that were only true.

The reason distribution exists in the first place is because its absence costs vendors more in going to market. In the old days, when Tyrannosaurus 386 roamed the channel, distributors were essential for getting PCs, servers, networking gear, and software on diskettes and discs to market. Without their warehouses, processing centers, and logistics, vendors would need to invest in sprawling, fixed-cost infrastructure to get their products to market.

By creating aggregation points, the cost of getting products to market was spread across multiple companies. Thus, distribution lowered vendors’ cost of sales and preserved margin.

The other thing distributors did – and still do – effectively was manage the channel and mitigate partner management. They took care of the partners with no direct vendor relationships and acted as the bank of the channel.

Distributors buy product from vendors. They resell product to partners. Through credit terms and financing vehicles, distributors enable partners to buy more readily and allow vendors to recognize revenue even when the partner hasn’t paid. This model also mitigates vendors’ risk against bad accounts and nonpayment.

By managing the unmanaged channel, distribution enables smaller or low-volume partners that don’t qualify for vendor partner programs to engage in product sales. In serving partners, distributors, in many cases, allow them to reach higher levels of performance.

Do those functions go away now that more vendors are turning to the cloud and embracing digital service models? Not necessarily.

Distribution is contextual, particularly when it comes to geography. Try selling anything in Laos, Turkmenistan, or Botswana without distributors. In small and remote markets, they’re an absolute necessity, as only they can manage complex import/export requirements and support low-volume partners where a vendor will likely never put boots on the ground.

While it’s easy to point out all the M&A activity in the two-tier market, distributors’ ambitions and transformation often go unnoticed and underappreciated. When I pointed out the professional service capabilities of many distributors that mimic global systems integrators, one channel chief was incredulous. “Really!” he said. “I didn’t know that. I’ll have to check that out.”

By the way, if you want to see a distributor turn red, say these words to them: “I didn’t know you did that.”

As the distributors are fond of saying, they’re way more than pick, pack, and ship. They’re the developers of routes to market and whole new classes of problem-solving solutions. Distributors have invested, and continue to invest, in professional service capabilities, cloud computing management systems, service infrastructure and delivery mechanisms, application distribution and management, and Internet of Things packages.

Now, on the other hand, distributors do bear some responsibility for this perception of declining value.

Despite investments in transformation, they still tend to lead with their legacy models and value propositions. They still offer many of the same core and value-added services they’ve offered in the past. And they tend to lean on the same incentive tools today as they did with their legacy models. Distributors may dispute these assertions, but that’s how they’re perceived by vendors – as noted by the Channel Focus poll.

At the same time, they’re up against some stiff competition – namely, cloud, automation, and marketplaces. Even if the companies in those areas don’t offer the same things distribution does, vendors have to look and compare.

Before devaluing or dismissing distribution from their go-to-market equation, vendors need to answer some questions:

If the answer to those questions is in your favor, perhaps going to market without distribution is the right move. Vendors shouldn’t engage in any route to market or activity that doesn’t produce – or have the potential to produce – a positive return.

Here’s the bottom line: Distribution has a lot of value and can play a vital role in a vendor’s go-to-market strategy. So don’t be so quick to write off distribution until you fully explore what it means to you and your company.