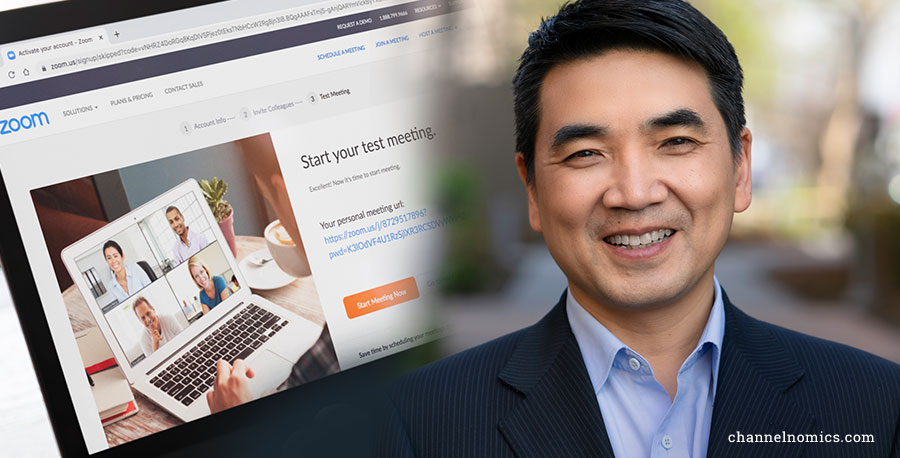 The $100 million fund is more about research and development as the collaboration platform face slowing growth, increased competition.

The pandemic shift has benefited Zoom, which saw its subscribers, revenue, and profits climb faster to stratospheric heights than an Elon Musk rocket. But Zoom has a problem that could cause it to crash: slowing growth and declining relevancy.

Zoom’s answer to this problem: investment in independent software vendors and application developers. The video collaboration service announced a $100 million fund to support companies that can extend value to its platform and marketplace, Zoom Apps. Companies can get between $250,000 and $2.5 million in funding for apps that extend the value and experience of Zoom subscribers.

“What I’ve learned over the past year is that we need to keep meetings productive and fun,” wrote Zoom CEO and founder Eric S. Yuan. “My hope is that the Zoom Apps Fund will help our customers meet happier and collaborate even more seamlessly, and at the same time help entrepreneurs build new businesses as our platform evolves.”

Altruism is a good thing, but Zoom has motives and objectives behind this initiative, and that’s leveraging the power of ISVs and application developers to keep its service relevant and competitive in the market.

In the past year, Zoom went from an interesting upstart operating in the shadow of Cisco’s Webex and other collaboration platforms to a market leader and household name. The pandemic and subsequent work-from-home movement made companies and workers flock to Zoom for its high-quality service, competitive pricing, and ease of use. You couldn’t ask for much more. Zoom was in the right place at the right time.

But Zoom has a problem: maintaining momentum and relevancy. While the year-over-year numbers are fantastic, they’re slowing. In fiscal-year 2021, Zoom’s quarterly growth rates went from 74% in Q1 to 102% in Q2 to 17% in Q3 to just 14% in Q4. Zoom can boast having more than 467,000 business customers with more than 10 employees, but the slowing growth is causing investors to put pressure on its stock value.

The work-from-home trend isn’t reversing anytime soon. Even as businesses open their offices and welcome employees back to their cubicles, most are planning to maintain flexible office hours and allow as much as half of their staffs to continue working from anywhere. This trend should maintain the demand for Zoom’s services, but competition is the challenge.

While good, Zoom’s service isn’t complete. It’s an effective communications platform relative to its predecessors, such as GoToMeeting, Skype, and Webex. But it lacks the file sharing, integrated applications, and calendaring functionality of rivals such as Microsoft Teams or Slack. Despite its impressive growth, Zoom lacks the distribution and channel coverage of its chief competitor, Microsoft.

In not so whispered tones, people talk about how Microsoft will eventually vanquish Zoom. Microsoft Teams doesn’t have the video quality, ease of use, or core functions of Zoom, but it does have a broad distribution network, deep integration with Office 365, and a broad developer network that creates complementary applications. IT managers have a hard time arguing for the added expense of Zoom when you get almost everything you need and more with Microsoft Teams, which comes with the 365 package.

ISVs are increasingly the amplifying partners in the vendor go-to-market equation. As Mani Pirouz, senior vice president of global partner innovation at SAP, told me, software vendors can go to market with an incomplete first-generation product built entirely on their own or partner with others to create a fifth- or sixth-generation product out of the gate.

Supporting and partnering with ISVs to extend and enhance an underlying platform or product is nothing new. Vendors have been partnering with ISVs for decades. The modern technology industry and channel wouldn’t exist if it weren’t for companies like Apple, Dell, HP, IBM, and Microsoft creating hardware and platforms on which others can write applications.

The difference is how vendors are incorporating ISVs into their strategies, go-to-market models, and value propositions. Microsoft is a great example. CEO Satya Nadella abandoned the Windows First philosophy held by his predecessors and switched Microsoft’s focus to putting its software everywhere and bringing as many applications as possible into its cloud system. Microsoft now generates more than $9 billion annually through the sale of partner applications, which feed the consumption of its Azure cloud service.

The proliferation of marketplaces is fueling the value of ISVs. Vendors including Citrix, Red Hat (now under IBM), and VMware have built extensive marketplaces of complementary, validated products that integrate or operate with their products. Every cloud company – Amazon Web Services, Google, IBM, Microsoft, and Oracle – has a marketplace where customers can easily research and acquire applications supplied by third-party vendors. And we wouldn’t have the smartphone and mobile device segment if it weren’t for the tens of thousands of developers that create everything from Angry Birds to productivity applications sold through app stores.

Zoom’s $100 million fund for complementary application developers is less about venture investments and more about expediting research and development. Zoom is trying to capture the ISV amplification effect to keep it relevant, maintain growth, and stave off competition. It’s a story that will repeat itself as more technology vendors look to ISV partners for innovation and growth.

Get more insights and access to Channelnomics research through our Brainstorm program. Through Brainstorm you get unrestricted access to data, best practices, and on-demand resources. Email info@channelnomics.com for more information.